Former public toilet is home for a punk museum – Museeum

In the heart of Reykjavik, a new museum opened in 2016 to tell the story of the rise of punk music in Iceland. You might be forgiven for accidentally walking past this site – it is housed in a former underground public toilet, but look around for it on Bankastræti. This is a museum well worth making a pit stop for.

Icelandic musicians conceived of the museum and assembled punk memorabilia and photographs for it. Fittingly, the legendary John Lydon (aka Johnny Rotten of the Sex Pistols) presided over the opening ceremony in November 2016. As a former public toilet turned museum, the space is understandably tiny. However, they manage to pack a lot of content and music into it. While you narrowly cram yourself into stalls with other visitors (some of which still have their former receptacles in for good effect) your ears will be treated to a cacophony of 1980s Icelandic punk. The text and photographs will introduce you to a fantastically irreverent music scene while the location will question your ideas of personal space and comfort.

After you walk down a flight of stairs from the street above, you are prompted with a sign letting you know exactly what the space is used for and that there is an entrance fee (1000 Kr) you need to be ready to pay. After paying admission and chatting with Svarti Àlfur Mánason – a well-known Icelandic punk, he instructed me to start by reading a label pasted on an entrance door titled “Introduction” to “get the sense of humor.” The plastered label read, “Iceland Before Punk: 874?: Iceland was settled in the 9th century. Norwegians sailed here to escape taxation in Norway. Some Irish monks were also roaming around. No punk.” Humor noted.

All of the labels in the museum are posted in both Icelandic and English. When you enter the first room (stall?), the chronological tale continues with a brief stop in the 1930s with the rise of national public radio and nationwide celebrations prompting the opening of public toilets (now the museum site). It then continues through the 1960s. Yet no punk. The amusing labels alongside photographs are splayed across the walls – making full use of every inch of this small space.

The real punk starts in 1978. The museum charts a performance by The Stranglers in May 1978 as the beginning. The concert drew nearly 4,000 people – 2% of the country’s population at the time. Fræbbblarnir began soon after as a joke, but is recognized as Iceland’s first true punk band.

The first room ends at 1980. Step back and open a door into the narrow hallway where two more bathroom stalls of punk await you. It’s worth a few minutes of your time in the hallway though as the walls are covered in concert posters and two screens show live performances.

Squeeze into the next stall and you will truly start to feel the punk nature of the museum. This narrow room features a single urinal on the back wall that screams, “Oi! Put head in the bowl and listen in!” In this stall you are treated with a range of photographs, labels and news clippings that chronicle the early years of Iceland’s punk scene. These offer a great selection of punk fashion and how erotic-style clothing played such a huge part in defining punk. The overhead music gets a bit louder and you will surely find yourself wanting to jam out with them despite not understanding Icelandic.

In the final stall you are granted a little bit more room to move around (this one even has a sink in addition to the toilet). After reading about the various bands that made waves in the 1980s, you can watch some blazing performances on a screen and take some time to appreciate the creativity and audacity of some of Iceland’s top punk bands. This stall also comes face-to-face with the realities of drugs in the punk culture during this time. As one label points out, “Beer had been banned in Iceland since 1915 and was not allowed until 1st of March 1989. Today people don’t understand why this was allowed to happen. No beer just meant that people drank hard spirits, bought over the counter in the state run alcohol shops. Therefore people got very drunk on weekends. Sniffing also became popular with young kids. They sniffed everything that could get them high: Gasoline, lighter fluid, paint thinner, strong glue like Jötungrip and other filth.”

One of the main highlights of this museum is found when you exit the stalls, go through a narrow doorway and down the hallway. Here, a variety of instruments are set-up along with punk paraphernalia including some really cool jackets that staff encourage you to try on and take photos. The instruments are meant to be played. Don’t think you have the skills for a live performance? Never fear, as always in punk, “It’s not what you know, but what you do.”

As a music museum, your visit would be incomplete without discovering plenty of new bands. The listening stations are some of the best any museum has to offer. Headphones dangle from the ceiling where they are each located next to album covers. You simply pull them down to a comfortable listening height and enjoy the looping record. I easily spent several minutes listening to Grýlurnar’s Mávastellið album. I am sure you will find some new favorites and are hopefully inspired to check out some new bands after your visit.

As it should be with any great museum, the value lies in the experience. The labels are funny yet informative. This museum grabs a hold of its theme and thrashes it about in true punk fashion. Nowhere will you feel more immersed in not only a genre of music, but also a true cultural revolution. Let go of what you think you know about punk, visit this museum, learn a little and then let all inhibitions go and have a try at the drums. 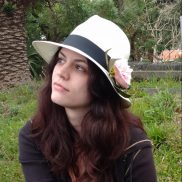 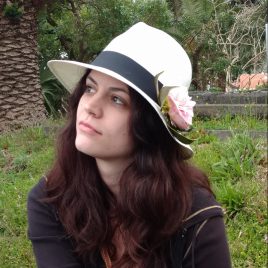 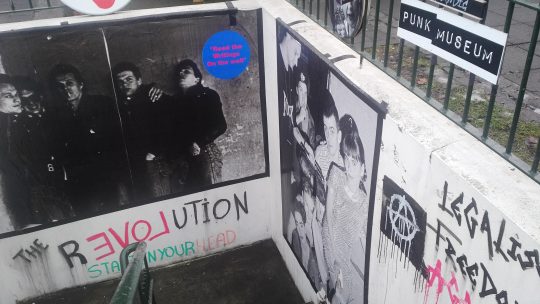 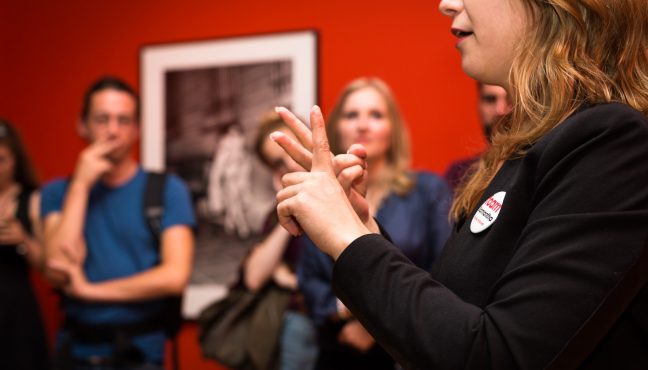