This museum neighbourhood hosts its own uptown funk festival – Museeum

Summer in New York City sees an unparalleled proliferation of block parties, as streets from the Bronx to Brooklyn are closed off to cars with community members setting up their stands, families and friends gathering on stoops and sidewalks, and sound systems blasting classic New York City songs to get the people moving. Since summer of 2014, two neighboring museums in Manhattan have put their own twist on this classic event to create Uptown Bounce, a mid-week block party series that creates a bridge between the museum space and the streets, bringing people from all over the community together for an evening of art, culture, and dancing.

Straddling 104th St, at the upper end of Manhattan’s “Museum Mile” on Fifth Avenue, the Museo del Barrio and the Museum of the City of New York are two institutions deeply rooted in the culture of this city. It is only natural that they would join forces to throw one of Manhattan’s most exciting block parties, bridging between Museum Mile and the ever-vibrant East Harlem neighborhood. We had a chance to visit this year’s kick-off of the Uptown Bounce season, on a beautiful summer evening during which the party spilled out of both museums onto 5th Avenue’s ample sidewalks and in between on 104th Street, which was shut down for the event. 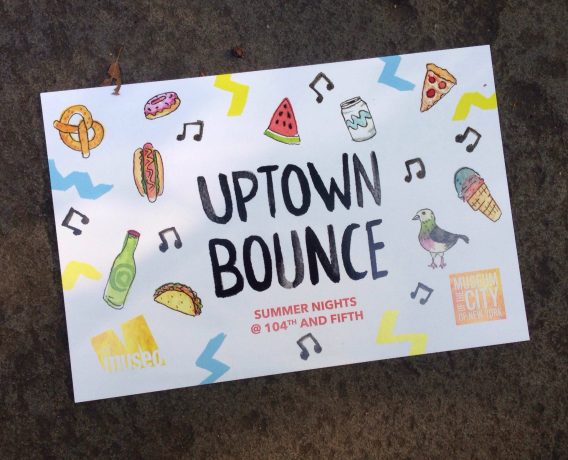 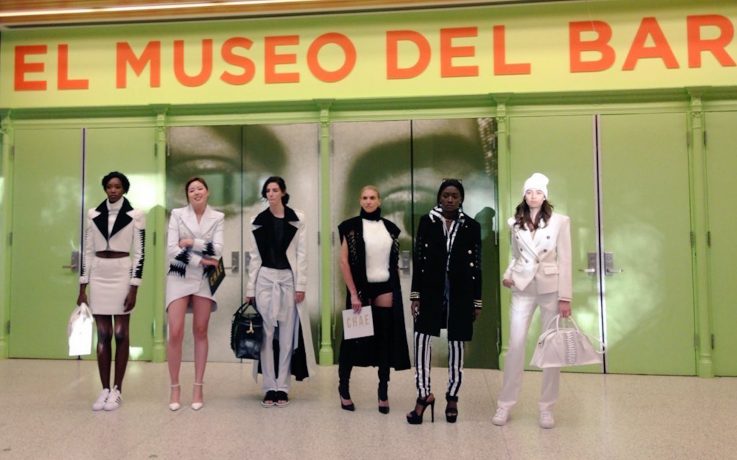 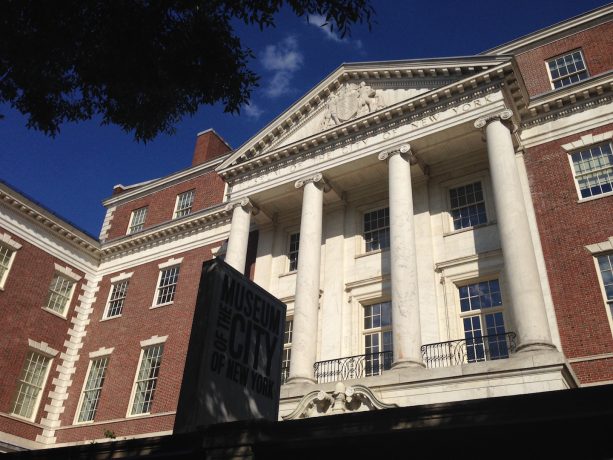 We first stopped by the Museum of the City of New York (MCNY) to see what they had to offer. Founded in 1923, MCNY “celebrates and interprets” the diversity and vibrancy of the city, connecting visitors with its past, present, and future. The galleries are free and open to the public during Uptown Bounce, giving the chance to explore exhibitions ranging from a photo essay of the urban decay underway in the South Bronx in the 1970s, to a collection of objects representative of the visual culture of the late 19th-century New York City elite (jewelry, portraits, furniture, and more).

As the music played outside, we jumped onto a guided tour of the one of MCNY’s main ongoing exhibitions, Activist New York. Curator Sarah J. Seidman led us through its showcases of New York City’s activist movements throughout its history: from religious freedom in the 17th century to gay rights in the 20th, through the abolition of slavery, women’s suffrage, and much more. Seidman explained to the visitors how the exhibition is in perpetual evolution, with new sections being added as current events unfold, highlighting the Occupy movement and the most current discussions on religious freedom and Islamophobia. Activist New York is a testament to the museum’s mission of showcasing the huge diversity in this city and the constantly evolving social and cultural dynamics which make it such a unique place.

The party was getting underway nicely, with the talented DJ Misbehaviour busy behind the turntables, as dancers started to fill up MCNY’s beautiful brick courtyard.

Just a few steps outside, we found the cultural force of this melting pot in action. DJ Misbehaviour is one of the residents of the Mobile Mondays collective, who are behind MCNY’s musical programming for 2016 Uptown Bounce series. Drawing their name from their Monday night residency in Lower Manhattan, the group’s motto is “Bringing Classic NYC Nights Back”, a claim that is hard to deny when witnessing the incredibly diverse and energetic crowd that they draw to Uptown Bounce. People from all walks of life were together in MCNY’s sun-bathed courtyard, generations intersecting as dancers kept moving throughout the night, many of them on roller skates or with hula hoops spinning around their waists while DJ Misbehaviour flawlessly mixed disco, hip-hop, house, and funk records.

Something similar was happening across 104th Street as we walked up 5th Avenue to see what was happening at El Museo del Barrio. In a side gallery, we found DJ Riobamba spinning an equally energetic but completely different set of music, with her eclectic mix of tunes drawing from the “digital diaspora” with a deeply Latino flavor. She had grannies, kids, and hip young art students all getting down to classic cumbia tracks and electronic remixes alike, an approach which was once again completely fitting with the history of the museum and the neighborhood.

Founded in the 1960s, with its early history intertwined with the civil rights movement of that decade, El Museo del Barrio has been committed to celebrating and promoting Latino culture since its inception, starting with “El Barrio” itself. “El Barrio” is Spanish for “the neighborhood” and refers to East Harlem, the area that spreads to the East and to the North of where these two museums lie, a neighborhood with a strong Puerto Rican and Latino identity and a rich history of cultural expression and activism. Although it has since expanded its scope to incorporate work by Latinos throughout New York City and the USA, El Museo’s focus remains the local community of “Nuyoricans”, New Yorkers of Puerto Rican descent who have lived in East Harlem since the 1940s. 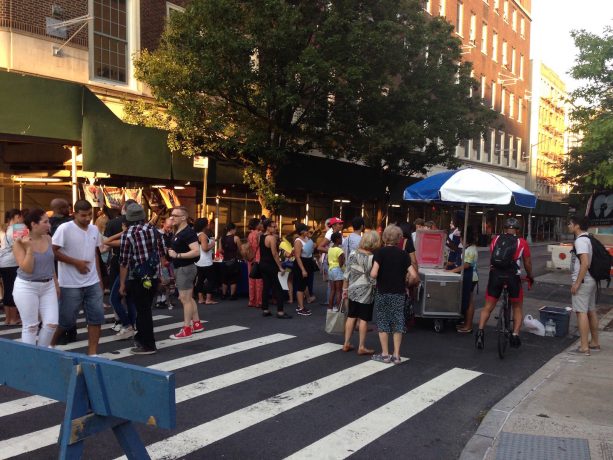 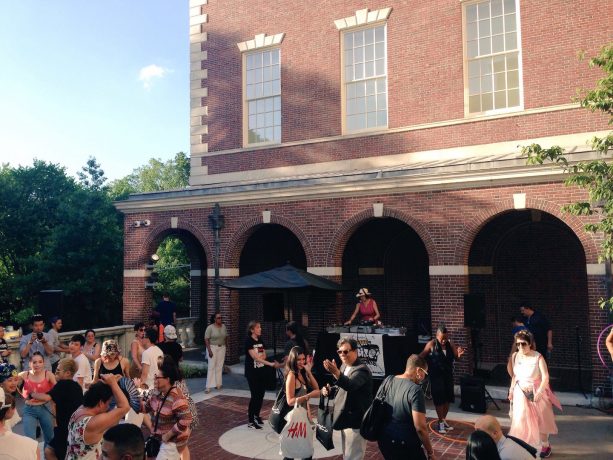 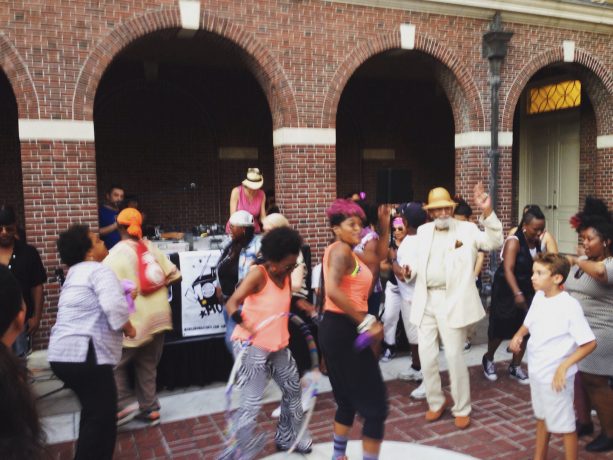 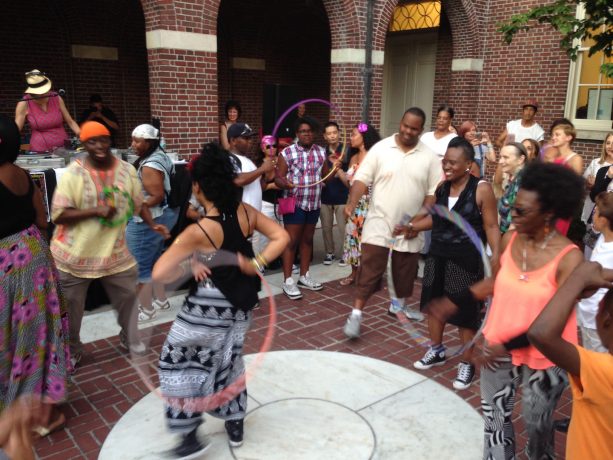 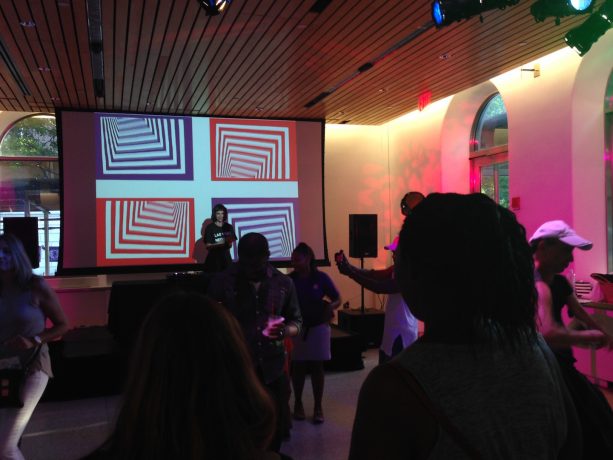 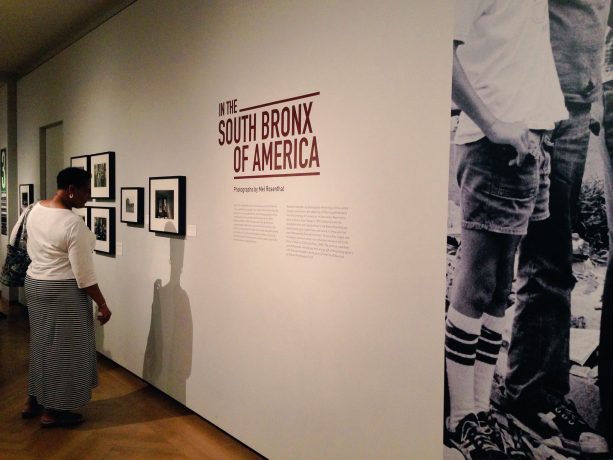 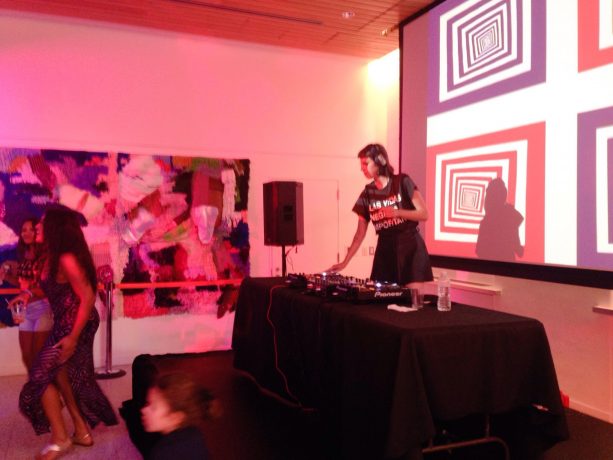 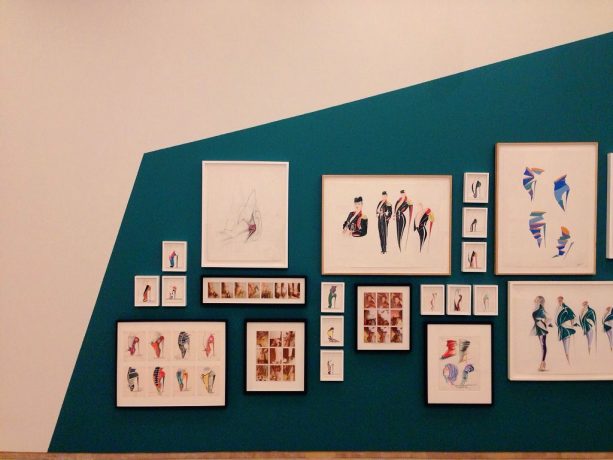 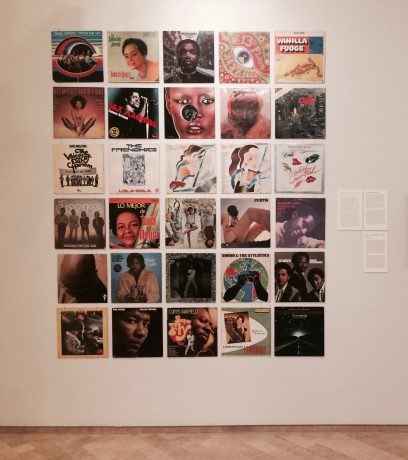 The current Future Funk Fashion exhibition showcases the work of East Harlem icon and visionary fashion illustrator Antonio Lopez who worked with such celebrities such as Karl Lagerfeld and Grace Jones. Born in Puerto Rico, Antonio grew up in East Harlem and, just as Activist New York is for MCNY, Future Funk Fashion is an excellent example of El Museo’s local focus, presenting not only Antonio’s illustrations which appeared in high-profile publications such as Vogue and Andy Warhol’s Interview, but also bringing out his portraits of friends in the community, home videos of creative gatherings in his local studio, and even a few of the records from his collection, any of which would have fit perfectly with the party going on outside.

Throughout the evening, a group of particularly stylish museum goers paraded around the courtyard and through the galleries in outfits fitting with the Future Funk Fashion theme. Created by students from Fashion Institute of Technology (where Antonio studied) and Parsons School of Design, the outfits were exhibited in a brief and impromptu catwalk in El Museo’s courtyard, bringing many of Antonio’s design concepts to life for Uptown Bounce. El Museo has always had and continues to have a commitment to education and community participation, and this was a perfect example of how they can bring young, emerging artists into their fold in order to carry their work to a new audience. 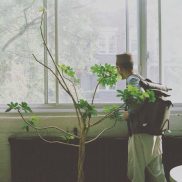 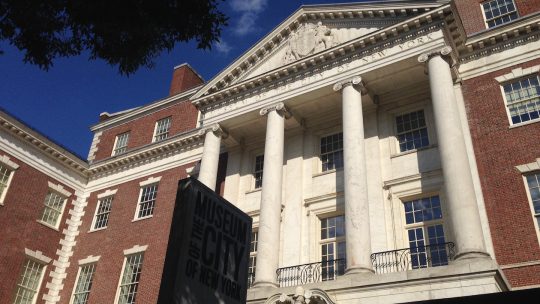