A new art space and heritage site manifests itself in the former Hong Kong police headquarters, making a refreshing and accessible institutional addition to the city’s cultural landscape.

Like many Hong Kongers who live or work in and around Central, more specifically the lively and bustling area of SoHo, I’ve relied on the mid-level escalators on a daily basis, since I started working. One day about two years ago, I found an “under construction” sign at the end of the second escalator, the exit I normally took to get to work. This rather small inconvenience (but nonetheless a highly irritating one for this typically impatient Hong Konger) was one amongst many, faced by anyone whose offices were on or in the vicinity of Hollywood Road. The different parts of which are always undergoing some form of repair work. Walking under scaffolding, maneuvering crowds and barriers often in adverse rainy weather conditions becomes somewhat of a skill. Which is why I was caught by surprise last month when during my daily escalator journey I found the sealed off second exit replaced by a series of steps leading to entrance of a striking red and white brick colonial building.

Although this was a departure to my rather missed shortcut route, it was an infinitely more exciting reveal, and one most awaited. Finally opening, after eleven endless years of conception and execution, withstanding bureaucratic and corporate delays, not to mention a fatal incident involving a wall and roof collapse, was Hong Kong’s very own Tai Kwun Centre for Heritage and Arts. Inheriting its name from its former function as the central police headquarters, Tai Kwun literally translates into ‘big station,’ and draws on its illustrious heritage to provide a unique world class cultural experience in a city that desperately needs it. A restoration project with massive undertakings, the complex’s architectural dimensions and curatorial ambitions are the defining factors in its institutional success.

Steeped in history, the site is home to the occurrence of significant historical events. From serving as a Japanese army base during World War II, to holding Ho Chi Minh prisoner in the 1930s, the conservation of much of the original architecture reimagines the possibility of many histories. While entering and wandering through the space, the impeccably finished and compelling colonial facades, and a series of interconnecting hallways and staircases re-create an impressive but almost hauntingly mysterious atmosphere that recalls it’s substantial past. Originally built in 1841, after the British established it as the colony’s official police station, the compound is one of the few remaining heritage sites reflective of Edwardian and Victorian architecture, demonstrating multiple adaptive re-use techniques to maintain and restore the original aesthetic. In complying with requirements prescribed for heritage sites, “to maintain the horizontal character of the site, preserve existing open spaces, and carefully insert new elements within the fabric of existing buildings,” the architects have seamlessly incorporated and enhanced the city’s physical and cultural landscape.

The esteemed Swiss architecture firm Herzog de Meuron were enlisted to transform the existing sixteen buildings in conjunction with conservation specialists Purcell, and build two new contemporary structures. Split over three ground levels and a surrounding prison wall, a place once characterized by a gripping sense of confinement, now imbibes a sense of openness and freedom serving as a refreshing oasis in the midst a crowded and congested city. Exemplary of this is the preservation of the Prison Yard and Parade Ground, two expansive courtyards within the complex, revealing stunning views of the surrounding skyline. Over 200 original prison cells were restored, and are quite easily stumbled upon as one meanders through the multitude of corridors. Further efforts in conservation were pursued by investing in materials. Thousands of red bricks were imported from Northern England to reinforce the distinctive colonial imagery of the buildings, and clay tiles were bought over from Guangdong. The most commanding feature, the concrete staircases, were retained and revived in all their full majestic glory.

However the most compelling staircase spirals down one of the new structures, JC Contemporary (pictured), which houses exhibition spaces for contemporary art. While the interior consists of this stunning staircase, high ceilings, wide expansive walls, and copious amounts of natural light, the exterior is composed of perforated black aluminium bricks, providing contrasting contemporary aesthetic to the rest of the compound. Making a commitment to bring quality international art and simultaneously provide a platform for local artists, the fine arts department of Tai Kwun, helmed by Tobias Berger, aims to revolutionize perceptions of contemporary art and allow the local art scene to develop. With an exhibition program and space modeled on a European Kunsthalle, with no permanent collection, JC contemporary will feature six to eight exhibitions a year. Kicking off the opening with Dismantling the Scaffold, curated in collaboration with local collective/arts organization Spring Workshop and a solo exhibition by local artist Wing So Po, featuring works incorporating traditional Chinese medicine. Wing’s practice is intrinsically reflective of Hong Kong, works featured in Dismantling the Scaffold tell different stories pertaining to the city and its culture.

Similarly, in its totality, the Tai Kwun project mirrors Hong Kong as a city, in its art, architecture and inherited history. The combination of modern and colonial design echoes it’s diverse nature, and the interlinking walkways and liberating views of towering skyscrapers from wide-spanning courtyards are physically representative of its urban features. The curatorial focus on local artists further emphasizes the project’s commitment in culturally developing the city, as does the aim of bringing works by significant international artists. A visit to Tai Kwun is completely free of charge and open to all. The accessibility of the location, a string of new restaurants and lifestyle stores make it visitor friendly, and fulfills its purpose in catering to the Hong Kong public. Because if one thing holds true, it is that there is nothing Hong Konger’s love more than their city, and Tai Kwun reflects exactly this. 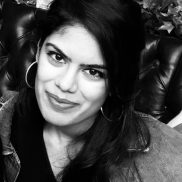 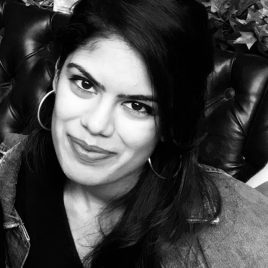 Aaina is a freelance art writer based in Hong Kong. With a background in art history and emphasis on contemporary art, she has experience working for a diverse range of local and international art institutions. She is a regular contributor… Read more 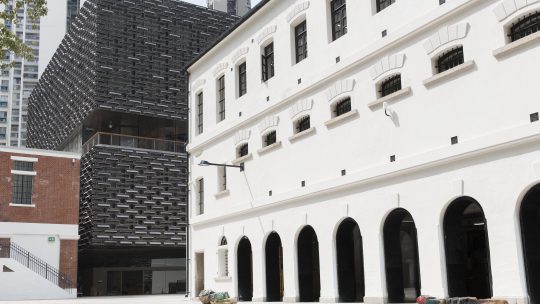