Summer of 1944 gave Poland another ugly scar on the heart already broken so many times. Warsaw citizens were tired of waiting: waiting for the victory that wasn’t coming, waiting for an end of the war that was probably bringing them death anyways. Especially young people felt completely stripped of the dignity, their dreams and youth and they wanted to do something about it. There was a message flowing around the city that Russian Army stopped on the other side of Vistula river. Instead of attacking - they were also waiting. Youngsters were too fed up with all the lingering and they decided to ambush Germans even if the price was to die. They wanted to sort of encourage Russians to enter the city, show their power and bravery. Everyone thought the rising would last several days, Germans were already weak. No one suspected that the spark of young courage and recklessness in the name of honor will turn into the long bloody slaughter that led to bombarding and destroying the whole city.

The question: "Was it worth it?” is still present Poles’ heads. It’s impossible to give a correct answer. Each August, the whole country celebrates the anniversary of the Warsaw rising's outbreak to honor everyone who lost their lives in it. On its 60th Anniversary, the city of Warsaw paid their respect in a very special way - by opening the Warsaw Rising Museum.

The Museum was placed in the building of an old Tram Power Station in the heart of the city. The cold and rough location was a perfect choice for trying to recreate the horror of August '44. The Museum is not an ordinary one: it guides the visitors through every day of the rising, through the places where the insurgents were hiding, through the destruction, through the ashes of the city. It has become a history lesson and simultaneously a temple where you can pay the respect for the deceased. The exhibitions are arranged so they can affect guests with the visuals, the light and the sound - to make you feel like you just got trapped in the middle of hell.

The route is constructed in a way so that visitors can follow the chronological order of the events. Also the scenery moves you back more than seventy years ago. You walk on the granite pavement feeling the bombarding around you. There is also a steel monument that goes through all the Museum floors, which has all the dates of Rising engraved on it as well as from the inside the sound of heart beating can be heard, metaphorically recalling the heart of fighting Warsaw in 1944.

Starting on the ground floor visitors began their journey finding out more about the Nazi occupancy in Warsaw. The exposition introduces the motivation that led to the „W Hour”, that hour of August 1 when the uprising officially broke out. In the separate lounge there are original printing machines that still work. They were significant to the underground life of Warsaw, printing the occasional flyers or leaflets about the activity of the underground army. Now, they print the calendar pages, which guests can take with them as a souvenir. 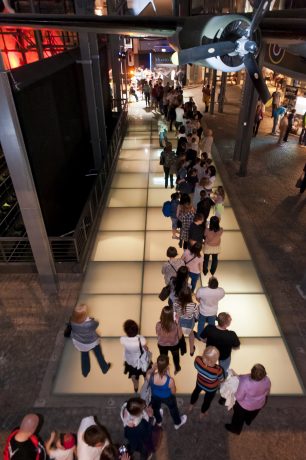 Courtesy of the Warsaw Uprising Museum
1 of 5 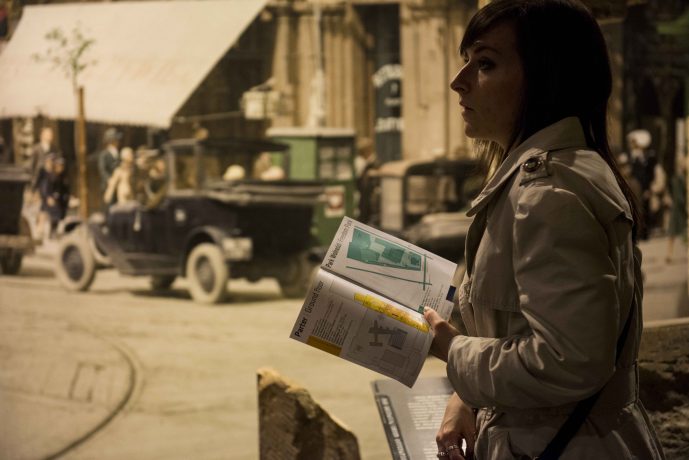 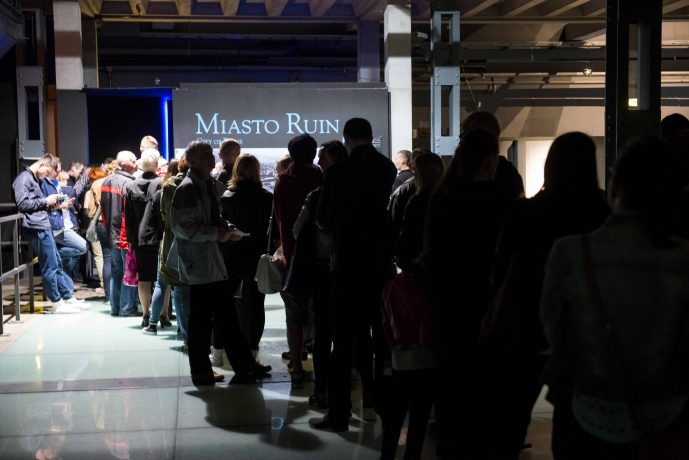 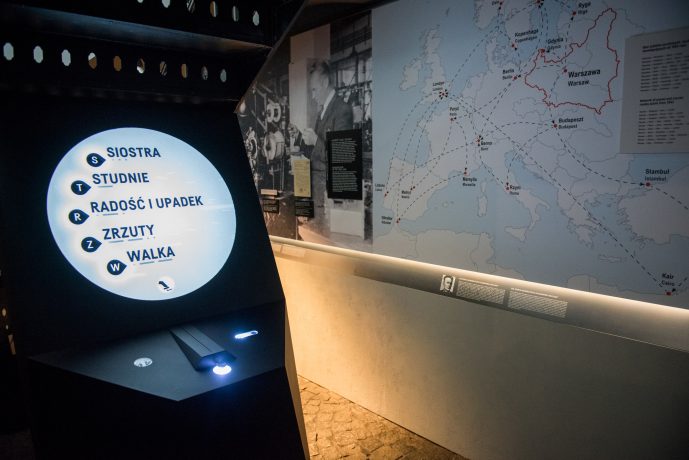 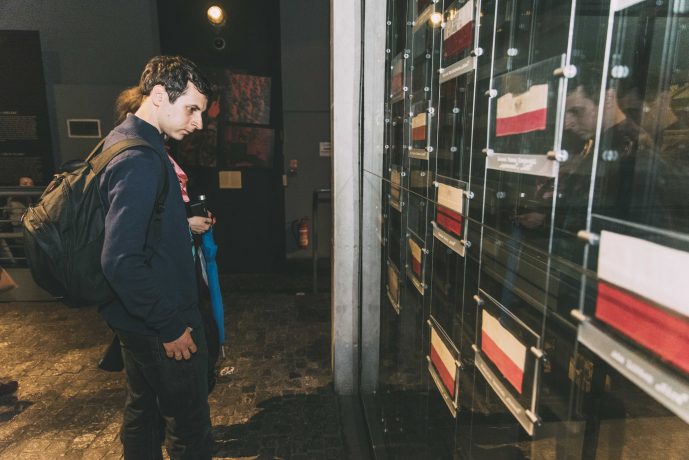 On the ground floor, there is a special room for the little ones: „A Little Insurgent’s Lounge”, the only such space in the whole country. Children can play with the copies of the toys from the War time or watch theatre plays telling stories about the Rising.

To get to another level of the exhibition visitors must get on the lift, where at the same time they can admire the huge collection of the rising armbands. Leaving the elevator, guests enter a battlefield, which the whole city became in August '44. Along with the display of the attacks, there is also one about everyday life of Warsaw as people fought to survive confronting the enemies and trying to live normally at the same time. 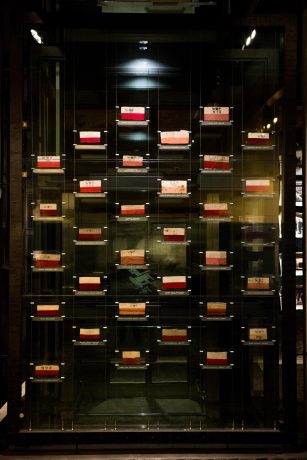 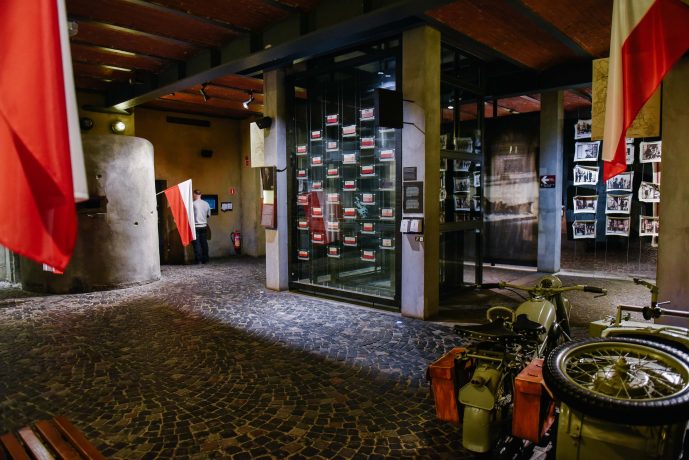 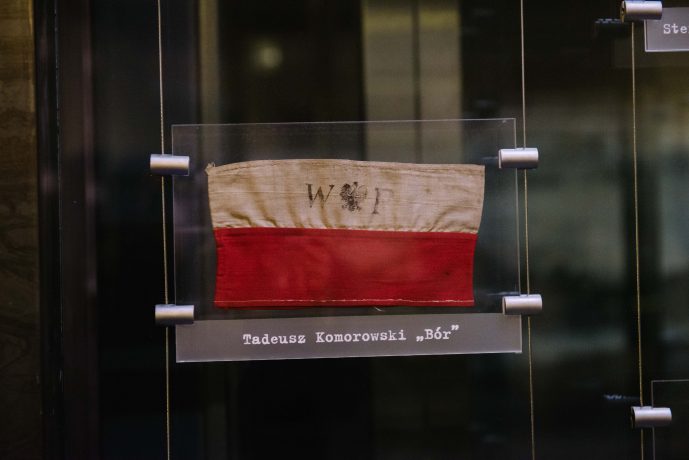 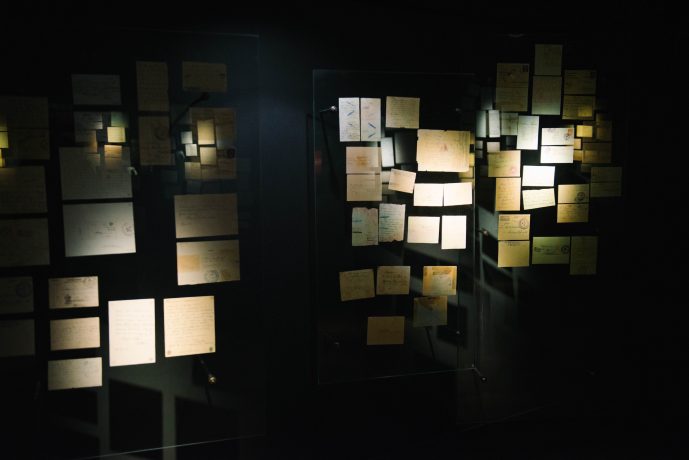 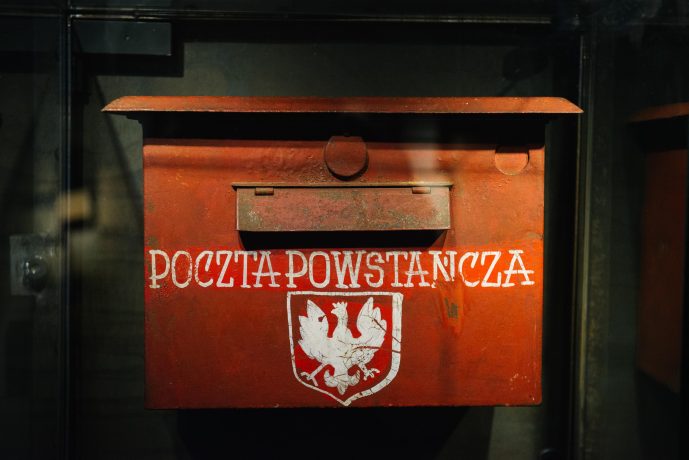 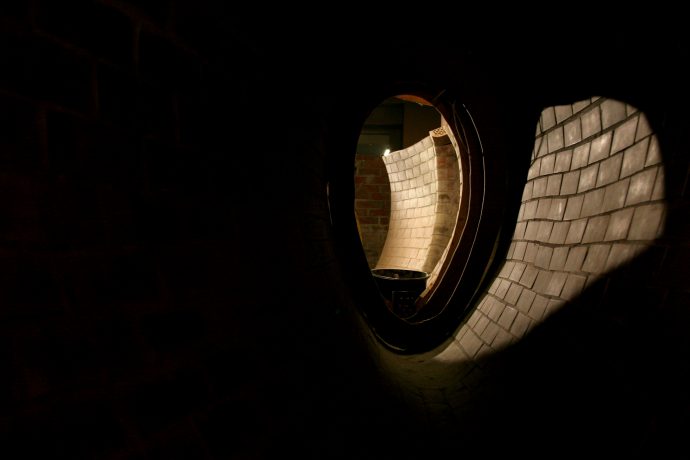 The same entresol route leads directly to the cinema „Palladium” (a little room built inside the Museum) where the chronicles are screened, the same ones originally screened back in 1944. Fighting Insurgents were mostly moving around the city through the canals. The idea of darkness got another meaning. Visitors have an opportunity to walk through the special imitation of such canal with all the visual and sound effects: from dripping water to bombing.

The canals and then the stairs show the way to another part of the exhibition, portraying the fall of the rising and the following events like the capitulation and the exodus of the Warsaw citizens. There is a specially arranged space called „The Memory Place” with several, symbolic Insurgents’ graves. The main object of the display is a replica of the airplane Liberator B-24J of the original size, accompanied with the expositions about the allied bombing.

In the underground of the Museum there are also some temporary exhibitions such as „Germans”, which showed the rising through the point of view of those, who it was raised against. These days guests can also watch a 3D film showing the ruins of Warsaw after the rising. It’s a very powerful experience, seeing such a beautiful city completely destroyed. Especially when after the visit you go for a walk around the old town knowing they managed to entirely rebuild it. The building of the Museum is additionally surrounded by the „The Memory Wall”, where eleven thousand names of the fallen Insurgents were engraved.

The Warsaw Rising Museum is unique not only because of the dramatic moment of the history. It’s also unique because of its architecture, design and interactive displays. It helps to better explain and gives a reason to reflect on the importance of the events. Visitors pass each other in the silence - the Museum is a great reminder of the moment in history where the world should never go back. 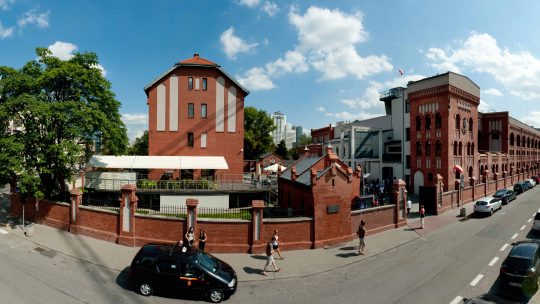