The grand exposure of the gallery is something to behold when visitors enter the Guggenheim Museum. For visitors that are not knowledgeable about the museum, its past, its design or Frank Lloyd Wright, the Guggenheim Museum might only be another checkbox on a list of landmark tourist attractions; however, it is clear at only the first glance why it is considered a landmark at all. I too, at the time of my first visit, was ignorant of the beauty and intricacies that the space contained, but was nonetheless impressed. The space was simply alive with energy as visitors wandered up and down the ramps; yet, the light that danced its way down from the skylight grounded the environment in a calm veil. Clambering, the guests lined up from the front desk to the door to get tickets, and waited for the elevator on this Tuesday morning.

For most (and me at the time), the Guggenheim was just another art museum located in the New York skyline. People rushed in and out without really identifying with the genius that is Frank Lloyd Wright’s design efforts in the space. Beyond just a museum, Wright had designed a public art piece, a community space, and a temple for Modern Art before it was recognized as one of New York City's iconic buildings. When looking up into the central skylight of the rotunda, the space is both enveloping and in-motion as the spiral ramp wraps itself up into the building. The rotunda, unlike other museums, is used as a bustling community space--the first of its kind to be inside a museum space. To say the least, the Guggenheim Museum is a revolutionary masterpiece of intricate thought, rooted in Frank Lloyd Wright’s philosophies and beliefs.

“I can see a tall building of a new type perfectly appropriate to our purpose, having monumental dignity and great beauty.” - Frank Lloyd Wright to Solomon R. Guggenheim in 1943

Wright brought a whole new approach to museum architecture. As the museum doors opened for the first time to the public in October 1959, just a few months after the architect's death, the museum structure and design defied the conventions of typical museum etiquette. From its conception, the museum has been a controversial debate in whether the building throws focus more to itself or to the art that it houses. Many artists argued at the time that the building took away from the art contained within it, and that it was unsuitable for housing art at all; they would much rather display their art in simple structures that did not take focus from the work. For non-artists, the museum was simply a curiosity, as it still is for many today.

Wright firmly believed that buildings should complement environments and create a single unified space, where the building contributes to the wholeness of the landscape starting with its interiors. New York City, unlike his other works that were located in the vast American Midwest or in the desert, felt constraining, over-populated, and dense with artificial terrain. The building’s location by Central Park is no coincidence as Wright found solace in the space’s proximity to the tid-bit of nature. He used this opportunity to experiment with his style of organic architecture in a built-up environment. The exterior of the building is primarily defined by its dwarfed-sized circular shape that stands in contrast to the buildings adjacent. The addition of open, wide sidewalks are intentional in Wright’s design. Large open spaces encourage visitors to slow down from their fast-paced trekking: a rhythm that is so common for New Yorkers. As visitors reach the corner of the museum block, their strides transition from walking down the street to walking down a nature path.

When entering, visitors are encouraged to take the elevator to the top, and slowly make their way down via the spiral that rims the building interior. The spiral design of free-flow space was considered unique at the time; never before was there a large open space, such as a rotunda, allowing visitors to see several areas of work on different levels at the same time. From entry to exit, the Guggenheim is a catered experience. Visitors follow a definitive flow of movement that is intricately designed by Wright himself. Unlike other museums, there are no retracing of steps, since visitors move in one direction. Contrary to what some critics used to think, Wright’s intention was not to provide a disruptive space but, rather, one where the art and the building created a magnificent symphony; the building works harmoniously with the paintings within. Art, people, space, and form all unified as one.

The abstract shape of the rotunda, deriving its form from a nautilus shell, is formed by a band that wraps around the building from top to bottom. Every 30 degrees, a narrow low-bearing wall gives a precise cadence to the path. The space is unified; there are no transitional exhibition spaces, and almost all parts of the building can be perceived from another point around the building. Visitors can never truly be lost as the whole of the building is visible; from the moment one enters the central lobby to the exhibition halls, everything is seen simultaneously.

However, this space does have is own drawbacks. With the exception of the rotunda base, designed to be a social gathering area and not for exhibition purposes, the building’s floors are sloped. This results in all the art displayed to sit at angles that disrupt the museum experience. There are also few planar walls for paintings to be hung, and the low ceiling height of the ramps makes fitting larger works challenging. For these reasons, steel rods have to be used to affix the paintings hung in the gallery. All installation pieces must be placed on platforms that are slanted to counter the sloped floors. Finally, the Annex Building was added to allow for the museum to house larger and grander works that require generic museum spaces.

Away from the larger statements of the building, the museum is filled with interesting smaller details: for example, the Aye Simon Reading Room. Renovated by Richard Meier & Associates, the reading room is located on the second floor of the museum. Originally designed by Wright to showcase his drawings and the museum’s models, the room was used as a lunch area for employees until its conversion. The room features three round skylights, with furniture uniquely curved and specially designed for the space. The entry is also the shape of a keyhole.

Like the reading room, the rest of the Guggenheim Museum also embody Wright’s doctrine of “form follows function”; Wright believed that the form of architecture should be derived from its function. He believed that architecture is not just about the designs of walls and ceilings but rather shaping spaces. Wright’s treatment of the Guggenheim was the same; shapes are a motif that can be found all over the museum. The triangular staircase, the round rotunda, the leaf-shaped fountain, the semicircular window frames and hexagonal skylights are just some of the shapes that abundantly fill the museum. These same shapes are also found in nature. By incorporating organic forms into architecture, Wright moved away from conventional museum designs, making the space very personal.

Organic form is a common theme reflected in Wright’s designs. For example, the separate rooms of the rotunda and the annex building were inspired by the membranes of citrus fruit. This design creates self-contained galleries with interdependent sections. Both Wright's building philosophy and love of organic shapes and principles can be summed up with his intrigue in seashells. Seashells fascinated him: all shells are made of the same principles and materials yet each one is uniquely different. To Wright, the use of geometric shapes and forms that are found in nature was essential to human architecture. He thought that they brought about a cosmic meaning, connecting design and man to the greater cosmos. These shapes bridge the gap between humans, society and, ultimately, the universe.

Filling in the spaces between humans, nature and society, Wright brought us the gift of enlightened space. Beyond just a building, the Solomon R. Guggenheim Museum is a social statement, a personal experience, and an inspiration in philosophy and architecture. From the moment visitors come in, they are catered and guided by the building itself. Bringing about conversation and change to the world of museum architecture, the Guggenheim has truly earned its name as “Father of all Modern Museums”. 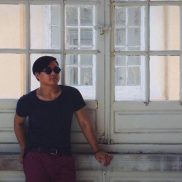 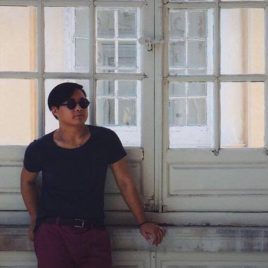 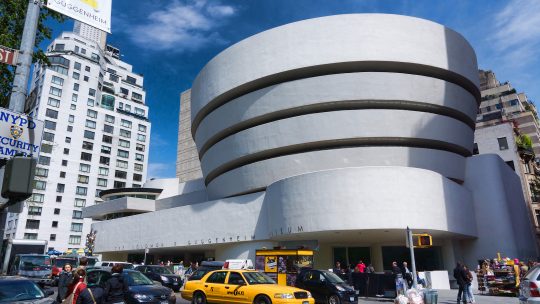 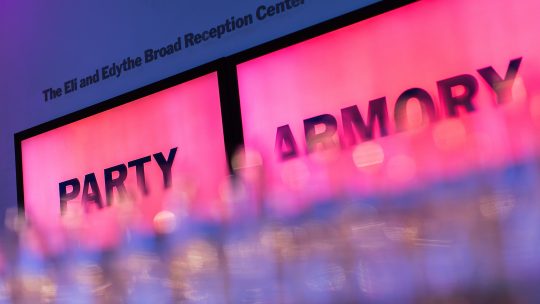