The words “new”, “Acropolis” and “museum” put together might sound surprising, but this name actually unveils what the Acropolis Museum is all about: new architecture on the outside and ancient archaeological artifacts inside. It is challenging to build a modern building next to ancient sites, but when you talk about 1000 feet southeast of the Parthenon – it seems impossible. But the New Acropolis Museum is so delicately placed on the ancient road leading up to the Acropolis hill, so skillfully integrated into the surrounding historical background that it seems to have been there forever.

The museum is home to relics found around Acropolis of Athens (temple built for goddess Athena, the protector of the city) and its adjacent territories. When you walk up to this modern building, right by the main entrance, under a see-through floor you notice the findings of the Roman and Byzantine eras and you instantly get in the mood.

The museum, designed by Bernard Tschumi architects together with ARSY architects, was open to the public in June 2009. The architects recreated an ancient building with seemingly effortless and very much precise conceptual clarity. Museum’s form was dictated by the archeological excavation below and by the orientation of the top floor toward the Parthenon.

Ingenious use of glass invites the light in and the statues are seen in their original state. Outside the museum looks natural due to the glass-covered exterior walls, beautifully reflecting the surrounding sites. The five-story building is made up of horizontal lines, it is pure and simple and it is in no way a show-off, the main focus is on art and history. Those two things are everywhere in Greece, even in the air. And talking about up in the air: the rooftop of the museum is in our opinion the best place to get a view of the city, especially since you can do that, having a bite at the café. Athens natives tend to agree, this view is considered to be one of the best vista points. 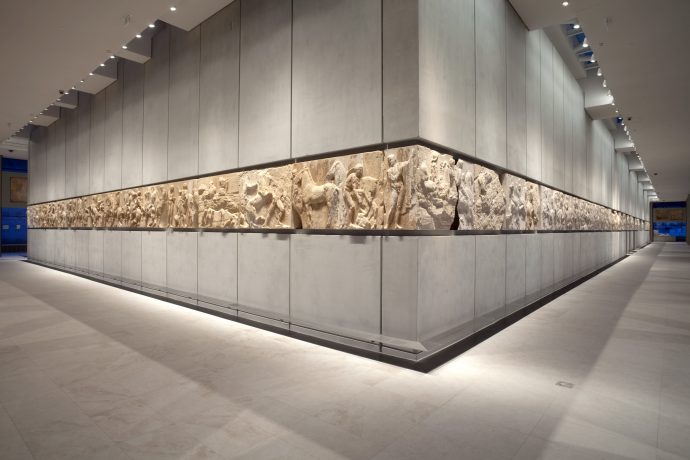 Southwest corner of the frieze, from which began the two streams of the Panathenaic procession© Acropolis Museum. Photo Nikos Daniilidis
1 of 7 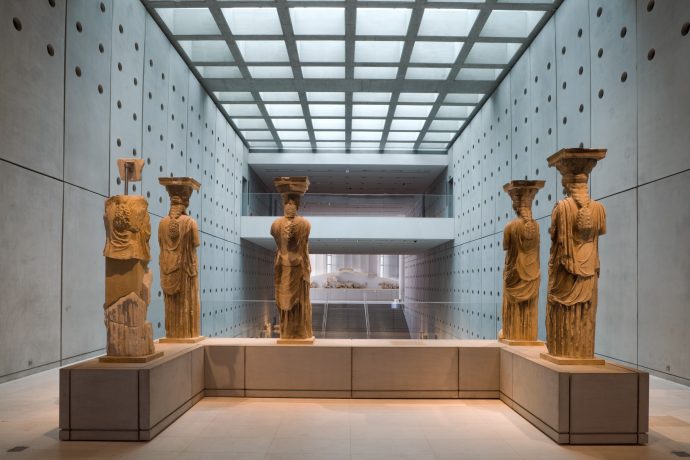 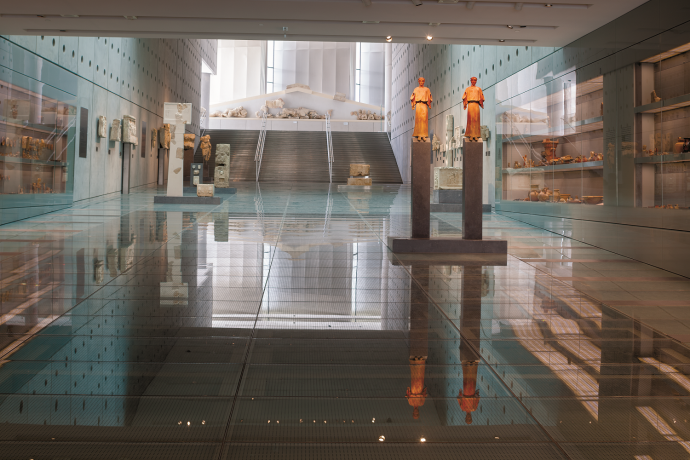 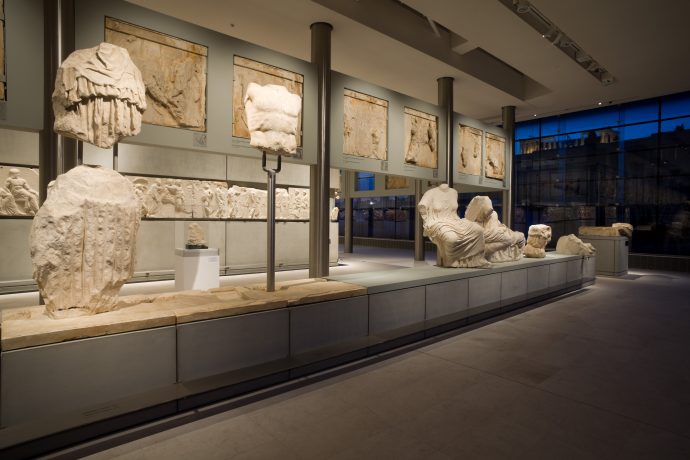 East pediment. The exhibition combines original sculptures with plaster copies of those now in the British Museum © Acropolis Museum. Photo Nikos Daniilidis
4 of 7 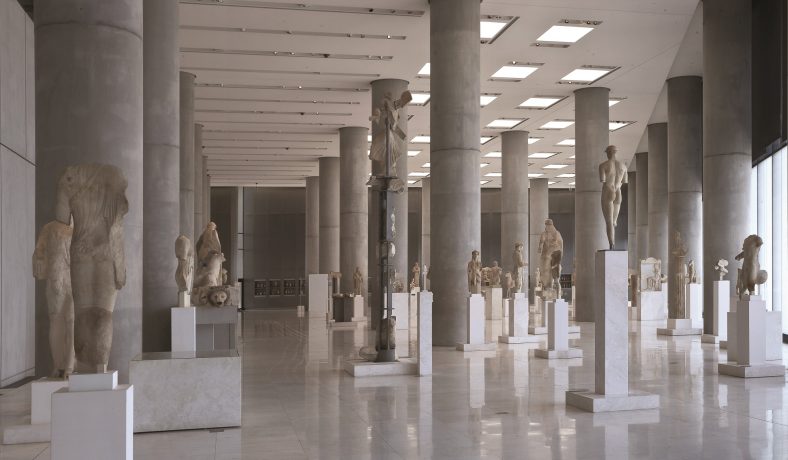 It is necessary to mention that the museum is a very important landmark to all Greeks for national and cultural reasons. Special place in the museum was set to display Parthenon/Elgin Marbles – the items currently housed by the British Museum. This complicated story has been commented on by multiple politicians, celebrities and even Lord Byron himself:

Dull is the eye that will not weep to see Thy walls defaced, thy mouldering shrines removed By British hands.

In 1801 Thomas Bruce, 7th Earl of Elgin, UK ambassador to the Ottoman Empire obtained a controversial permit from the Sublime Porte (which then ruled Greece) to remove about half of the surviving sculptures of the Parthenon and transport them to Britain. Following a public debate in Parliament the marbles were purchased by the British government and placed in the British Museum in 1816. The debate is still not over on whether to keep them where they are now or transfer them to where they were taken from. Moreover, not only the British Museum holds sculptures from the Parthenon: Musée du Louvre, Vatican Museums, Copenhagen National Museum, Vienna University Museum also have the marbles in their collections. Thus the issue is all the more delicate, since it might become a precedent that could drastically affect major art institutions around the world.

The fact that the works dated 447 – 438 BC provoke heated debate today is the evidence of art’s eternity. The 8,000 square meters (90,000 square feet) exhibition space of the Acropolis Museum gives us a great opportunity to learn so much more about art. The museum tells the story of the Athenian Acropolis, uniting collections formerly displayed in multiple institutions. The link between past and present hopefully means a bright future for the New Acropolis Museum. And soon we hope to SEE more of the wonderful exhibitions and TASTE Greek delights overlooking the beautiful city of Athens from the rooftop of the Acropolis Museum. 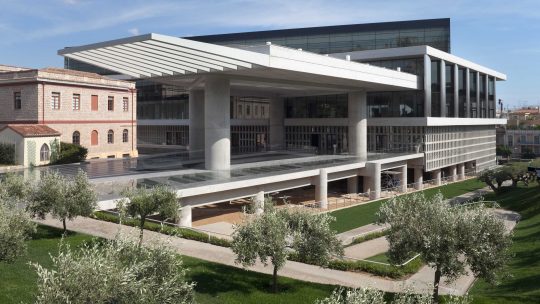