São Paulo is a very fast city; it resembles other big cities like New York, Tokyo or Moscow, and yet it’s not like any of them. Brazilians like to say that their number one arts and culture destination is Rio and not São Paulo. Nevertheless, we on our visit to the country we fell in love with São Paulo Museum of Art (MASP). It is an important landmark of Brazilian cultural landscape. Besides, its architecture is worth writing about and, of course – SEEing.

MASP (Museu de Arte de São Paulo) is one of the most comprehensive museums in Brazil. It was founded in 1947 by two collectors and art enthusiasts: Assis Chateaubriand and Pietro Maria Bardi. Bardi, an art critic from Italy, moved to Brazil in mid-1940s. A year later he co-founded MASP. He didn’t come to Brazil alone. His wife, a talented architect Lina Bo Bardi was the one who designed the MASP building the way we know it today. Bo Bardi was born in Italy however time spend in this country wasn't very prolific for her career. Perhaps that was one of the reasons she moved to Brazil, to give her genius a new creative home. 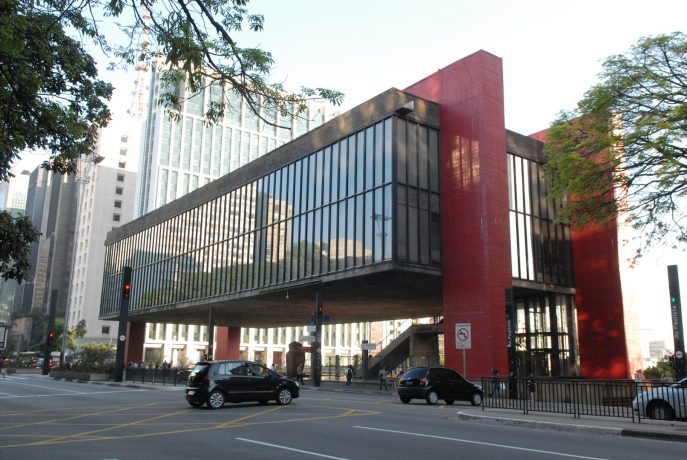 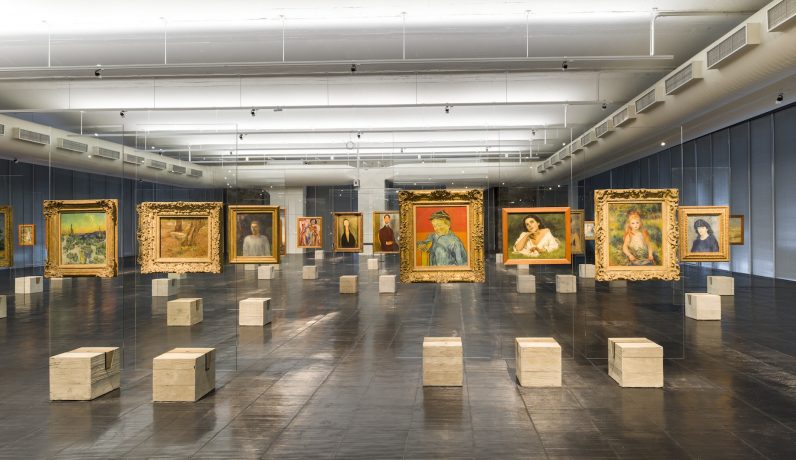 The design of MASP became a milestone of her career as an architect. Indeed, Brazil was the right place to be. Bardi and Bo Bardi's work was influenced a lot by local culture, and the couple has soon become an important part of local and international cultural community.

It’s incredible that more than half a century ago MASP was born as a personal initiative rather than a governmental one. Within several years, Chateaubriand and Bardi commissioned an impressive collection of modern art. Since then, the museum has been largely dependent on donations.

MASP is located on Paulista Avenue, probably the busiest street in São Paulo. Besides shopping malls and banks, the Avenue is also known for cultural centers, such as SESI, right across MASP. MASP is known as a place for political demonstration, parades and gatherings. Every Sunday museum also hosts MASP Antique market. 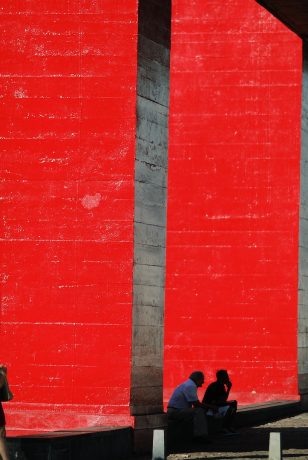 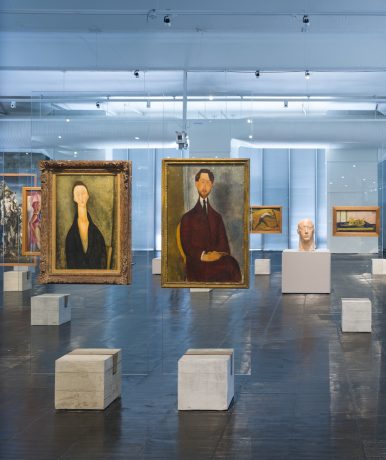 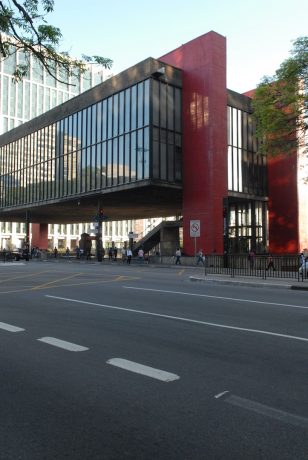 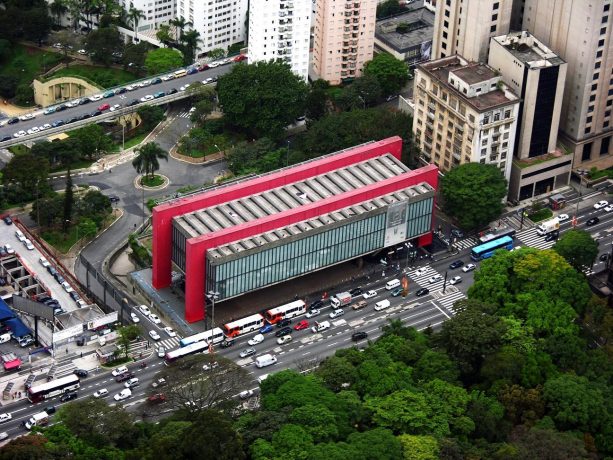 The building is a structure of concrete and huge glass windows, made in grey and black. The use of concrete is typical for modernist architecture. Concrete as a building material has been used for centuries. However, in 1950s it has become a design element rather than a necessity. Since 1950s concrete from industrial material turned into one of the most popular trends in design. MASP is largely inspired by Constructivist architecture style that flourished in the Soviet Union, and then Germany, at the beginning of the XX century. The concrete structure of the museum is supported by two red brackets.

The combination of red and concrete grey is truly striking! Apart from concrete, Bo Bardi used a lot of glass. Huge glass windows filled the museum halls with natural light. Apart from making the space brighter, Bo Bardi tried to change the conventional for the late 1960s exhibition space design. Rather than separating the space by walls, she chose to keep an open space where artworks were exhibited on the glass easels. Imagine how innovative and eccentric this exhibition technique was back then?! In 1996 these easels were removed, but brought back last year. 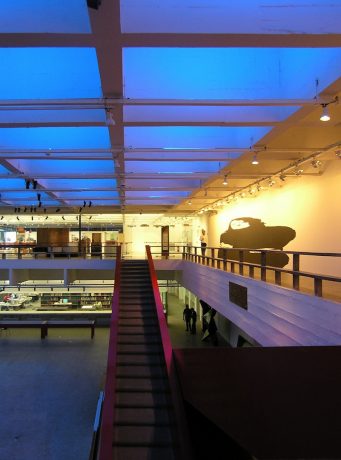 It seems like the striking and somewhat contradictory design is manifested in the museum’s life. Glass and concrete, density of the Paulista and transparency of the exhibition space – the museum is anything but conventional. It has become an architectural mecca, the cultural hub, the place to unite and express opinions, to protest and to celebrate. 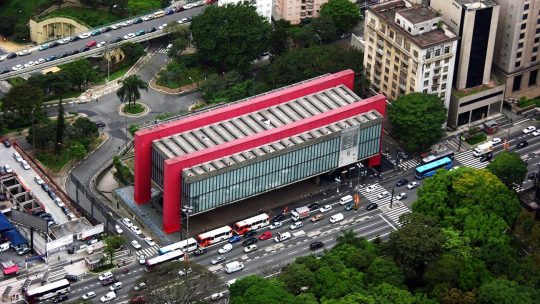