The fuss about the Frick expansion – Museeum

So many people had so much to say about The Frick Collection proposed expansion plan. Supporters and critics were vocal and energetic with a vigorous public discussion beginning in June 2014, when the plan was announced. Perhaps the debate would have lasted forever with no consensus of opinion in sight, but in June 2015 the Director Ian Wardropper announced that The Frick Collection Board of Trustees would develop a new project to present it later.

The expansion is long in the making: property for it was purchased in 1930s, and change has been a constant for the Gilded Age mansion that houses the museum. Then why was the plan criticized? Museeum team knows that everyone who holds any art institution near and dear to one’s heart will not take change easy. And if you visited The Frick Collection, there is no doubt you loved the museum. Not only because it houses a remarkable collection of Western paintings, sculpture, and decorative arts, but also due to the domestic setting reminiscent of the noble XVIII-XIX European mansions and the manner of the atmospheric, evocative display – uncommon for museums.

A family home, where you are always welcome – that’s what The Frick Collection is. And it is a family home indeed; walking the beautiful Fifth Avenue mansion it seems like the Frick family has just stepped out for a second and you will bump into them any minute now. Henry Clay Frick (1849-1919), the steel industrialist, philanthropist, and art collector acquired the land and the Lennox Library building (the Lennox collection was moved to the New York Public Library) on NYC’s fashionable Fifth Avenue in the summer of 1906. He commissioned the renowned architect Thomas Hastings to demolish the building and design a three-story mansion for the Frick family (including wife Adelaide Howard Childs and daughter Helen Clay Frick) and the collection.

Right from the start Mr. and Mrs. Frick decided that, following their death, the mansion would become a museum. Henry Clay Frick was passionately involved in the project and demanded the mansion to be suitable “for the purpose of establishing and maintaining a gallery of art, [and] of encouraging and developing the study of fine arts and of advancing the general knowledge of kindred subjects”. The family moved in in 1914 and the following year Mr. Frick (with the guidance of the English art dealer Joseph Duveen) acquired many of the finest objects from J. P. Morgan’s estate including Limoges enamels, Renaissance bronzes, Sèvres porcelains, eighteenth-century French panel-paintings and furniture. 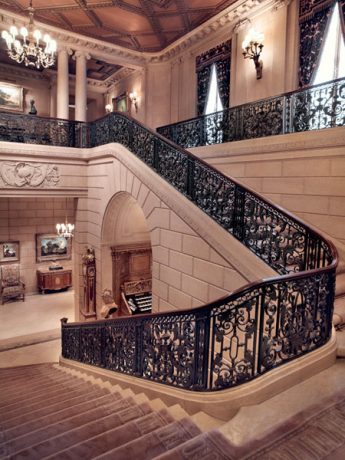 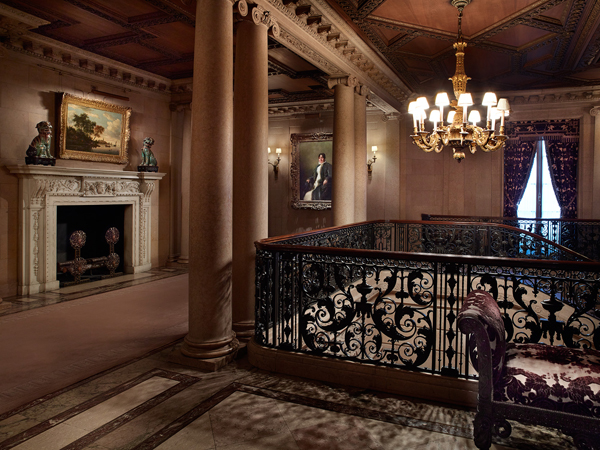 The second floor landing above the Grand StaircasePhoto: Michael Bodycomb
2 of 6 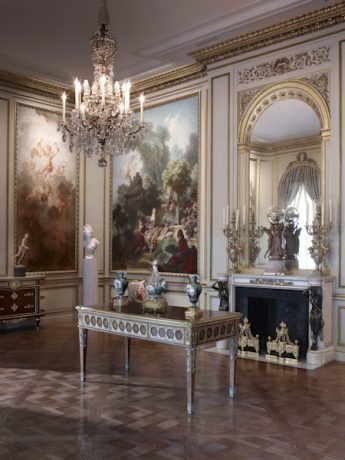 The Frick family’s breakfast room, will become a galleryPhoto: Michael Bodycomb
4 of 6

An office that will become a gallery. It was once Mrs. Frick’s personal study or boudoirPhoto: Michael Bodycomb
5 of 6 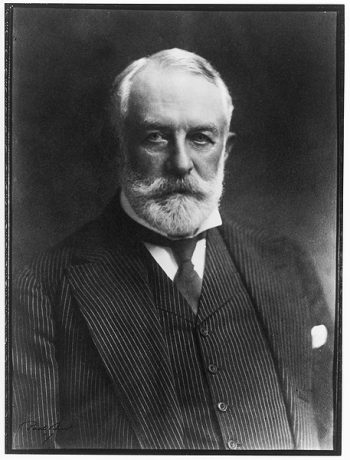 Henry Clay FrickPhoto courtesy of The Frick Collection
6 of 6

After Mr. and Mrs. Frick passed away, the Board of Trustees hired John Russell Pope to make additions to the mansion, but “retain...the present atmosphere of the house”. The collection opened to the public in 1935 simultaneously with one of the best art libraries in the world – Frick Art Reference Library that was created by Helen Clay Frick. The library (which is open and free to the public) has always been entered separately than the museum. Creating a straight path and greater public access from one part of the institution to the other is one of the reasons the Frick wants to make changes. Other critical objectives include adding much-needed classrooms and a larger auditorium, upgraded conservation laboratories, and better accommodating visitors, including those with disabilities.

Another renovation happened in 1977 on properties purchased in 1940s and 1976. When the economic stagnation curtailed the project, British landscape designer Russel Page planted a wonderful garden that, maintained by the current staff, blooms over much of the year. This garden (one of three at the Frick) is not open to the public and can only be viewed from The Frick Reception Hall. That very garden, created nearly sixty years after the death of Henry Clay Frick, became the major stumbling block for the 2014 expansion plan. In 1970’s this small, but beautiful garden and the scaled-back expansion built at the time, was intended to be temporary; it was built after the museum decided to expand, but couldn’t acquire sufficient funds. Over the years, New Yorkers fell in love with the garden and when the plan to replace it with a museum extension was announced, 3 000 people signed the petition to leave it as it was. In the end the Board of Trustees decided to approach the expansion plan in a way that avoids building on the garden site. 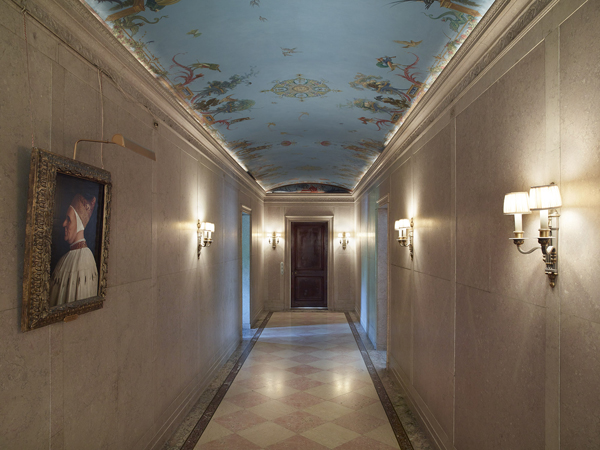 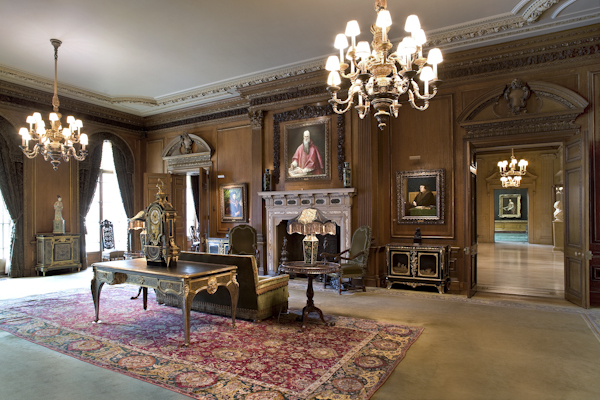 The West GalleryPhoto: Michael Bodycomb
2 of 2

Unlike many other house museums, the Frick is growing. Helen Clay Frick made a marvelous decision to continue collecting art after her father’s death, so the collection is still getting larger. The Frick is not a family home frozen in time, but an expanding world-class museum. This is another reason why The Frick needs to alter its premises (it has maintained that the plan does not affect the way visitors experience the galleries). The museum wants to be able to show more of their permanent collection and avoid taking down works during the special exhibitions (when there is a show in the Oval Room, the full-length Whistlers are often off view and people do miss them).

But no matter what the future plan will be, one thing is known for sure: the Frick will open the second floor of the mansion. This news excites us the most. The second-floor rooms, where the museum offices and meeting rooms sit now, are more domestic in scale than the grand main floor rooms, and they will be suitable for smaller works in the collection that might be overlooked today. The “Beyond the Grand Staircase Rope” project will allow us to visit the rooms that were private apartments and that today retain wonderful architectural details, atmospheric in the sense of scale and residential qualities (with fireplaces, windows, doors, trim, moldings). These historic spaces will offer a greater sense of the house itself and we will enjoy beautiful views of the Central Park as well as the historic Fifth Avenue Garden around which the house was originally built. As of now, it is still in the future. If you support the expansion, you can show your approval by signing the letter on the official page http://www.frickfuture.org/ . There you can also follow all the twists and turns, connected to The Frick renovation.

A meeting room that will become a gallery. It was Miss Frick’s bedroomPhoto: Michael Bodycomb
1 of 2

A meeting room that will become a gallery. It was Miss Frick’s bedroomPhoto: Michael Bodycomb
2 of 2

We will follow the expansion for sure, because all the upheavals and the vocal public discussion are very much in the spirit of Henry Clay Frick, who, according to The New York Times “was called the most hated man in America because of his strike-breaking activities”[1]. He was the big businessman of the pre I WW golden age and reading Mr. Frick’s biography you learn about Andrew Carnegie, David Rockefeller, the Vanderbilt family and many others, but it seems like Mr. Frick was the toughest of them all. Frick’s fortitude and resilience is obvious: when in 1892 he was targeted for assassination, an anarchist burst into his office and shot Frick twice at close range, but the steel businessman survived the attack and was back at his desk the next week. So maybe it’s not by chance that according to Stan Lee (former president and chairman of Marvel comics) the tough superhero team Avengers house was modeled from the Frick mansion. We at the Museeum are sure that no matter how difficult the expansion is going to be, The Frick will overcome all difficulties and become even greater. Look forward to SEEing it soon. 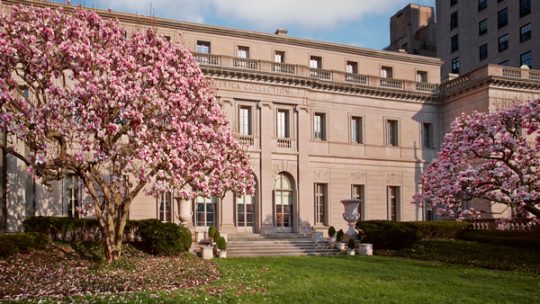