A museum of wonders for both kids and adults alike – Museeum

One of the main aims of Gemeentemuseum den Haag is to interest a wider public in classic, modern and contemporary art. A few years ago, the museum developed the "Wonderkamers" exhibition aimed at the young audience as a part of this outreach effort. Recently, the museum has launched a second edition of the project due to the changes in technology and updated vision. The new interactive displays offer an incredibly fresh and entertaining introduction to fine art, architecture, fashion and decorative arts for both adults and kids in particular. The latest exhibition technology is used to bring the visual arts to life through a computer game, which places the visitor at center of the stage, playing the role of the curator. We have talked to Benno Tempel, director of Gemeentemuseum den Haag, about this amazingly successful permanent exhibition and about the peculiarities of work with teen audience.

This exhibition is the second version of the Wonderkamers. Why have you decided to make the update? Which things were changed?

There are several reasons why we've made the update. Actually I’d rather talk about a complete new version instead of an update. The name and idea stayed the same: to bring art to people in a different way. Art historians always tend to show art in a chronological way, along movements. It's exactly this art historical way of storytelling, the Gemeentemuseum wanted to break with. “We wanted to bring art it in a truly different way. Especially to youngsters and teenagers. Teenagers often think school and museums are boring. We wanted to show them something new and enjoyable. The first Wonderkamers were active for almost 8 years. During these 8 years we have learned a lot about the visitor’s experience. Furthermore, when we started Wonderkamers, iPhones didn't exist. That’s why it definetely needed a technical update. We had to come up with a new concept and innovate it completely. The first version of Wonderkamers was only in Dutch. Now it's in English and Dutch. In the ideal world I would even love to include several other languages.

Wonderkamers is now much more suitable for a new generation. The reactions are positive. People are so used to work with touch screens, iPhones, devices, that making interactive floor in the museum is logical nowadays.

So from the very beginning it was planned that this exhibition will be permanent, that it will not be a traveling exhibition?

With the first edition of Wonderkamers we already got a lot of enthusiastic reactions from the museum world, national and international. We got a lot of praise, but at the same time none of the grand museums like the Rijksmuseum and Stedelijk which were being rebuilt, followed the concept. Pompidou Paris visited us as well. They were also very enthusiastic about the concept and told us they are thinking about dedicating a part of the museum to teenagers. I’m really looking forward to their plans. 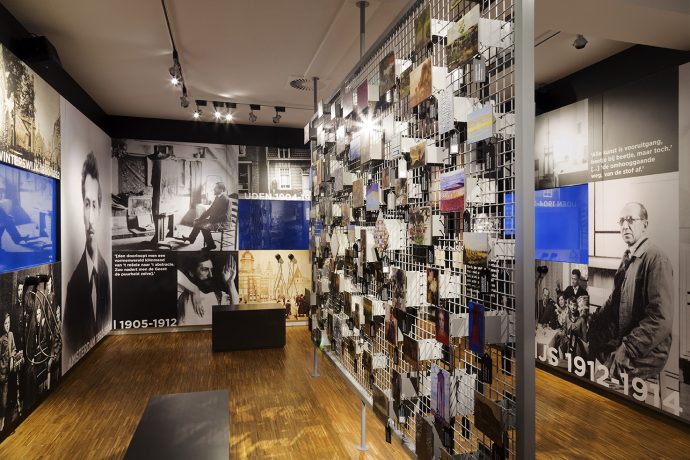 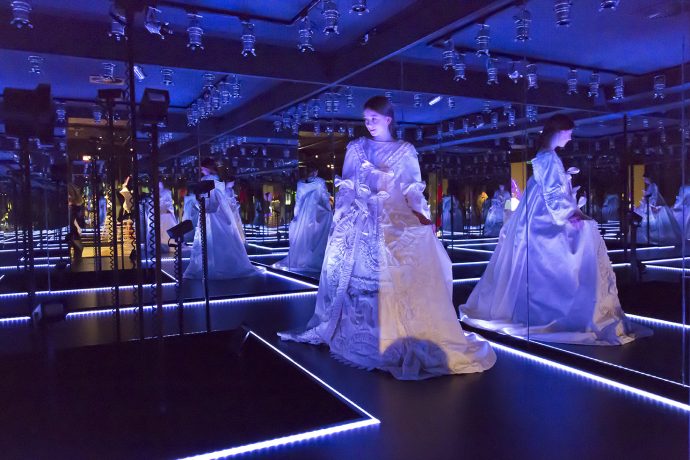 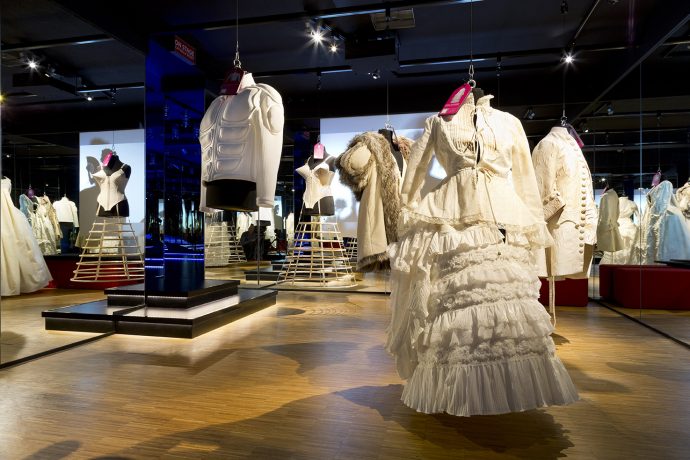 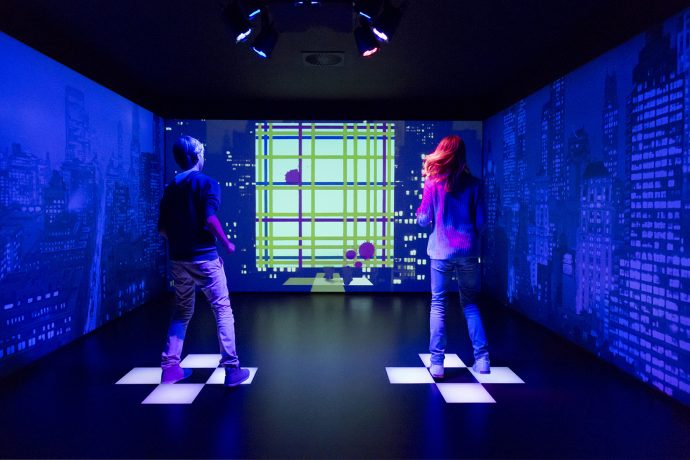 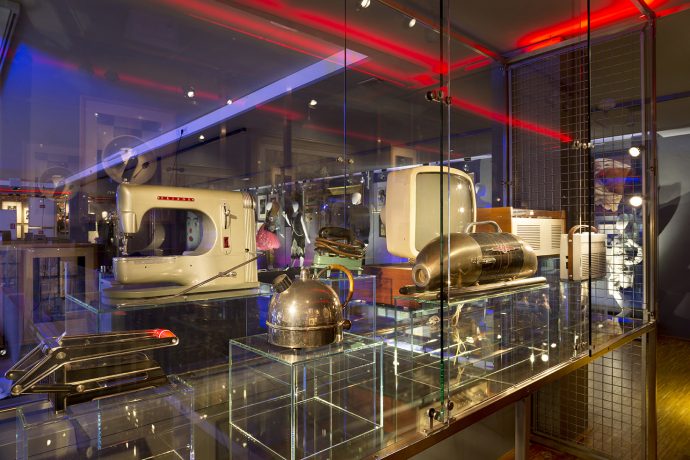 The reason why it's permanent on display here is because Wonderkamers is focusing on both schools and families and based on our own collection. From the ceramic department, fashion department, printing rooms, paintings, sculptures, etc. Sometimes one or two pieces are taken out, because they have to go on loan. But we're trying not to do it too much. The idea of Wonderkamers traveling is possible in a way, but then the concept has to travel. Many museums with a collection would probably like to do something like this , but with the use of their own collection.

It would have been interesting if it was a traveling concept.

We would definitely love the concept to travel. But there is a strange thing in a lot of museums. Museums have educational programs in which visitors are not interacting with the art physically. Of course there are many education departments around the world who would love to work in this way. But then the director or the curator would not let them put pieces from the collection in the exhibition. They will think that some objects are too important to put it in a show for kids. And that’s a pity, because the concept of Wonderkamers is a beautiful way of making people love the collection for a life long period. If a person loves the collection, he will come back, he will take his friends next time and at some point bring his own kids.

"But there is a strange thing in a lot of museums. Everyone is talking about education, but the educational programs tend to be rather traditional."

So do you think that this exhibition in general has attracted wider public to the museum? Has it become younger?

Yes, younger. But even more interesting and revolutionary: people tend to stay longer in the museum. What we noticed is that normally the general public stays an average for an hour and a half in the museum. In the Wonderkamers people stay for around 3 hours. It's like an addiction, it's so much fun to do it. Parents or grandparents already want to leave and do something else, but kids want to stay. In this sense we have found something really amazing, for which many museums were searching for a long time. How can you make people stay for a longer time? This happens in Wonderkamers. We've got a lot of new people in the museum as well - a lot of schools and families. We have found something to make kids and teenagers enjoy the art museum, to make them stop thinking art museums are boring.

But also you make it very personal, because you let people be curators themselves.

We make it personal on many levels. I'm participating in the introduction movie. And I'm asking for help, because I need a curator to make a show. I often walk through the museum, kids see me and come to talk with me. They say that they would love to be directors and curators of museums. No longer fireman, policeman, soldier or teacher. But we also introduce the personal level of the artist. One of the rooms of Wonderkamers is dedicated to how you create things. You see an artist working in the studio. Many people, even adults, have never seen an artist work in the studio.

Were a lot of your colleagues working on this project? Was it a big team?

Yes, it was a very big team. We are very fortunate in Gemeentemuseum, because we have a very specialized team. For instance our technical department with carpenters and iron workers. The iron worker was actually one of the most important characters. He was so precise. He had such a detailed technical insight. Of course our IT department was also very important. Special thanks go to the head of the education department, Jet van Overeem. She was the brains of the whole project. In collaboration with the curators we have chosen objects from the collection. And sometimes crazy objects appeared, which nobody knew that we even had in the collection. It was a lot of fun to work with such a big and diverse team and it was a long project to realize. It took almost a year. The whole floor in the museum was closed during that time. It was amazing how our partners finally became part of the museum.

So you have also used a lot of objects which were in the storage of the museum for quite a while and now they are being exhibited and have a new life?

Yes, absolutely. That was one of the parts which was so much fun. You feel the richness of the collection and you feel that you bring beautiful works to daylight again. A lot of people who are working in museums are in love with the collection, they have an almost personal relationship with the objects. It’s not even important to show more of your collection, but also fun to even surprise your colleagues. During the process we gathered together with all the colleagues form the museum . They could express their opinion about the rooms and the objects on display. They've brought more elements to the exhibition, which eventually made it more interesting for different audiences. That’s why I think everybody in the museum feels proud of Wonderkamers now. They were involved closely and got the chance to participate. 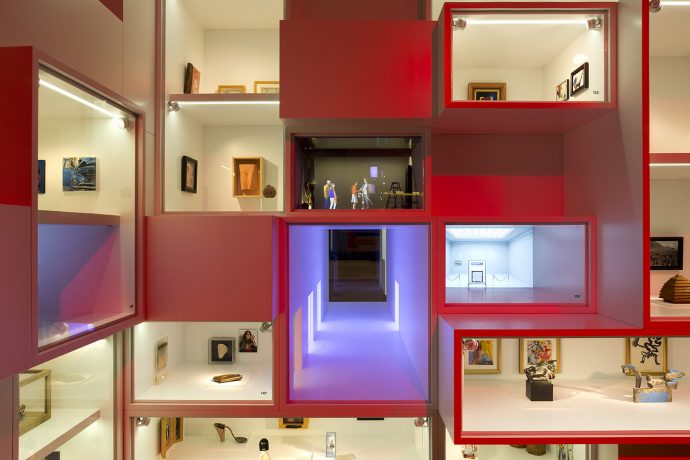 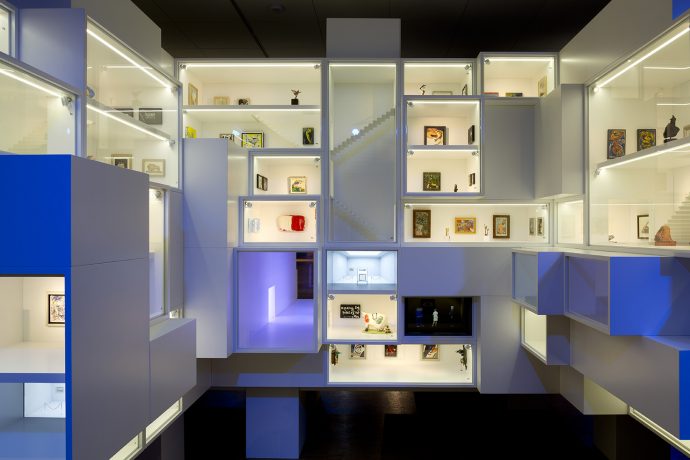 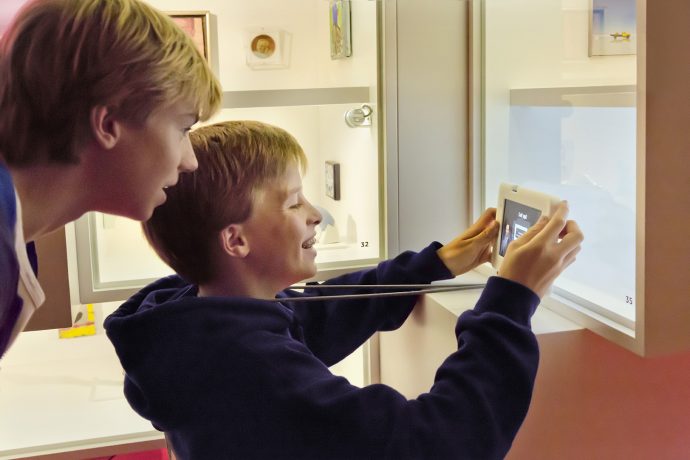 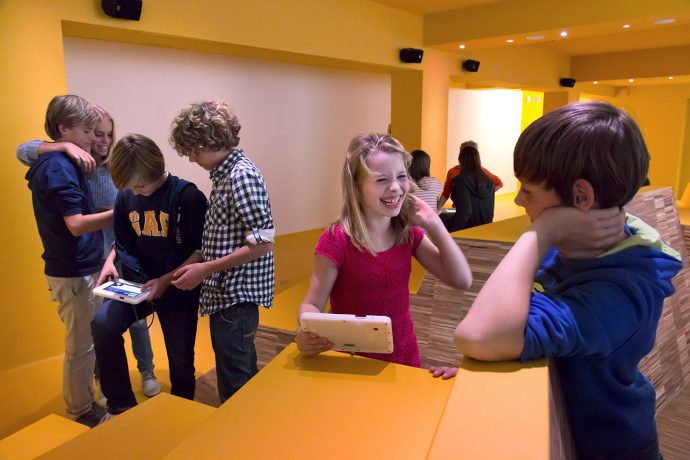 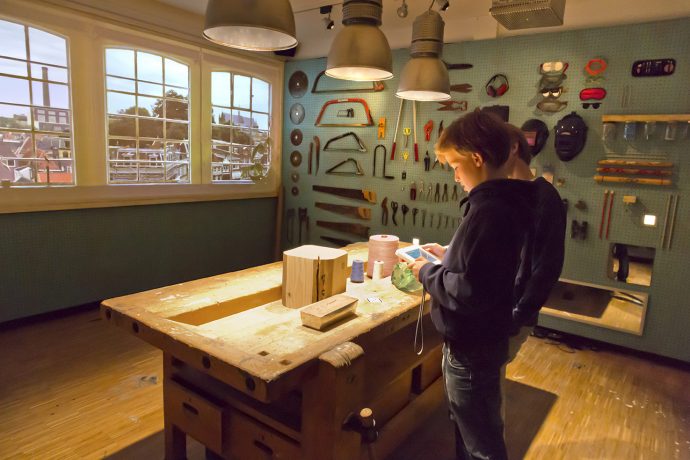 Talking about the exhibition itself and about the main goal of the visitor, person has to walk around through all the rooms of the exhibition, fulfilling different tasks, and in the end exchange the number of collected points for the objects from the collection in order to curate the exhibition, right? Each object from the main room «costs» the diverse number of points.

Yes, some are «cheaper», some are «more expensive». It's a layered game. Usually 2 people go through the exhibition and play the game together with one tablet. You can both do assignments. They learn some things about art and culture in the broad sense. They feel the beauty, feel the aesthetics. They have an insight in how the museum works. It can happen that when you've collected your points and you've chosen the art works, somebody else has already taken your favorite work. Just like in real life, where other museums ask for a work which is already on loan. Finally, they have to install their works in the gallery room and choose the color of the wall, the light or if there is a bench or not. They do the whole installation themselves. It teaches them something about how the museum functions.

Can you reveal something about the upcoming exhibition which will be a bit similar to this one? Something you're working on right now or maybe one day there will be the 3d version of Wonderkamers.

I can't think about the 3d version yet, because I'm not that into technology. And of course the 2d one should first be outdated. But what you've said about traveling, made me start thinking. I like this idea very much. 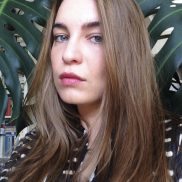 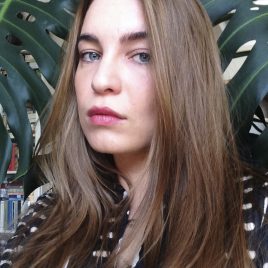 Daria is a curator, art manager and art journalist with Masters degrees in linguistics, curatorial studies and museum studies from Amsterdam University. She now works as an independent curator and art manager for international projects, and has previously worked in… Read more 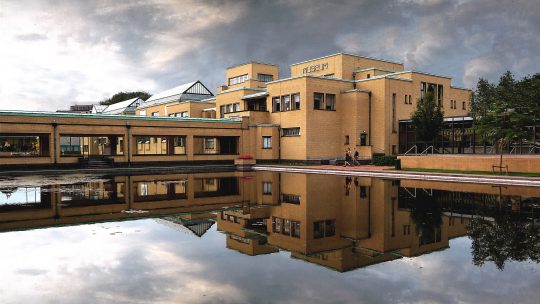