When we were planning to visit Moscow’s Museum of Soviet Arcade Machines we didn’t expect this to be one of the most exciting museum visits! Right in the city center there is a place to remember the good old days when you saved every penny to play your favorite game or to get acquainted with the fantastic old-school Marty McFly-feel arcade machines. If you are visiting Moscow for more than a day you should not only drop by to play and taste the real sweet soda from your childhood, but also to look at Russian history from a different angle (not just Bolshoi theatre and Kremlin after all). You will feel the elusive spirit of 1970-1980s and have a great time!

We came in on a busy afternoon and after a few rounds of “Sea Battle”, “Autorally”, “Sniper” and “Safari” we met with museum founders Alexander Stakhanov and Maxim Pinigin – artistic visionaries with technical background.

Common question that I cannot avoid – how did you come up with the idea of a museum like that?

Alexander: We never thought of creating a museum! Just like many other Soviet children we were going crazy for “Sea Battle” – submarine torpedo gunner game. Fifteen years after we played it as kids we decided to find the machine and have another round as adults. Not without difficulties we got our hands on one and put it in my classmate’s home. Then we went on looking for other arcade machines of our childhood only to find out that the devices, gadgets (as we would now say) that were pride and glory of every Soviet game room nearly vanished.

Maxim: We started the search for classic arcade machines, but never thought of our set to be worthy of a museum, it was something we did for ourselves. Soon it became clear that if we wouldn’t collect and preserve the ones that are left...

Alexander: Or what’s left of them...

Maxim: There would be no trace of Soviet arcade machines in 10-15 years.

Alexander: The day we decided to find and bring back to life as many machines as possible can be marked as the beginning of the museum collection. Without any means for building a “classic” museum, without any resources or connections, we laid the ground for what you see today.

As we know, this building in the center is not the first home of the museum, where did it all begin?

Alexander: It actually all began in a bomb shelter. That odd space was the only place we could get for our seemingly bizarre museum back then. The collection grew, we were becoming more famous and we needed to expand, so moved twice and finally in June 2015 we moved in here.

Where do you look for the machines, I’m guessing there are not so many in good shape…

Alexander: We look for machines all over Russia and former USSR.

Maxim: It got much easier to retrieve something new (if we can put it this way – new antiquities), when the museum became widely known and when we opened branches in St. Petersburg and Kazan.

Alexander: Most machines are in bad or very bad state. Generally we take 2 or 3 broken machines to make a functioning one. Spare parts are out of question since all of them were built at military factories that are now either abandoned or produce something secretive nowhere near arcade machines. In the USSR they were very expensive in manufacturing and most probably unprofitable, but it was a matter of honor – the first machines were created in the US and the UK back in 1900s while in the USSR they didn’t make an appearance until 1970s.

Talking about arcade machines in the “capitalist” world – are there any similar museums around the globe?

Maxim: In Europe there are no museums similar to ours, but soon there will be. We are expanding and in a short while our first European branch will open in Berlin.

"We have this historical element, when we do not only restore a typical game room, but we tell a story," - Alexander Stakhanov.

Alexander: There are game rooms in the US and in Europe, but they lack the “museum” aspect, they do not position themselves as museums. The point is not to reconstruct a precise building, but to grasp the spirit. That’s why we have a photo booth of the day, a soda machine. By the way, the soda is that exact Soviet soda. We purchase the syrup in the very place where it was produced in the USSR. Now there are many imitations, but ours is authentic. The food plant that used to supply the whole country now makes syrup specifically for us! 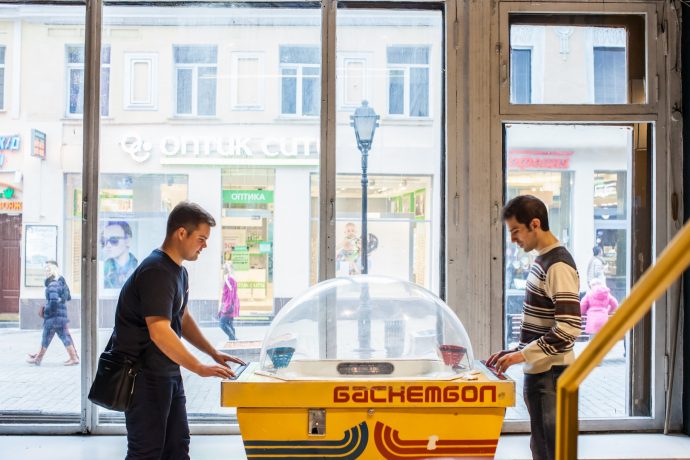 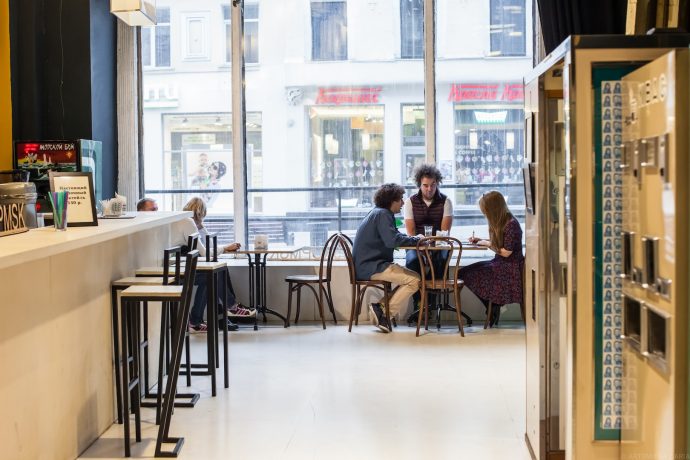 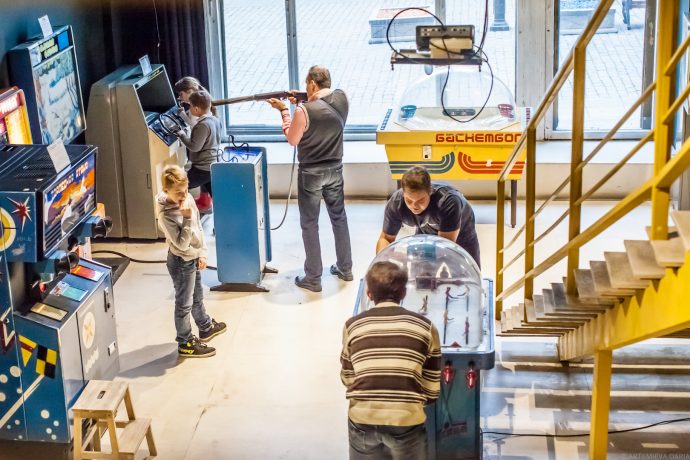 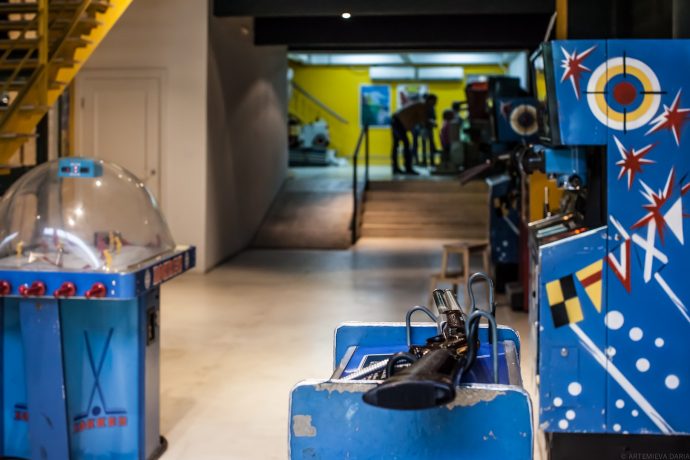 Every hour there are excursions (in Russian and in English) around the museum, where guides tell the story of Soviet arcade machines, show the software, let everyone look under the hood, share funny and sad stories of machines and give a chance to win more coins to play. In order to play you have to insert actual Soviet coins. We give a handful with the ticket and then visitors can buy as much as they want or win some during guided tours.

Museeum gamers were short of coins, so we joined the tour and did win a few! When we got to the machines we couldn’t get back to the interview – that childish spirit captures you, resists any kind of talk and sends you 15-20-30 years back into your carefree days. Now we know where we want to celebrate our birthdays! In any case we will surely be back not only to play, but also to participate in various museum activities. The Museum of Soviet Arcade Machines serves as a platform for lectures and public talks (we will surely LISTEN to the ones on art and architecture), cartoon nights, documentary festivals, musical concerts and much more.

We hope the museum will expand and our international contributors will soon have a chance to play the 1970-1980s arcade machines all around the world.