Regardless of religion, we all somewhat know the Bible storyline. You can view it as fantastic tales, or a collection of profound texts that must be decoded, or a holy book that must be taken at face value (also you might consider a part of it holy and the other not so much). No matter how you feel, Israel is a special place for everyone. It can even seem unreal, something from the history book, but when you visit The Israel Museum in Jerusalem past becomes tangible, Eretz Yisrael and Judea become real.

The impressive Israel Museum is one of the leading art and archaeology museums of the world; here, you can find works dating from prehistory to the present day. You can examine the detailed architectural Model of Jerusalem during the Second Temple (prior to its destruction by the Romans in 66 CE), be in awe of The Venus of Berekhat Ram – the oldest artwork in the world, examine Dead Sea Scrolls and see so much more. But if you feel like you need a place to sooth the soul go straight to Billy Rose Art Garden by Isamu Noguchi!

Fantastic views of the city, sweet Jerusalem air, and oriental landscape, envisioned by renowned Japanese-American sculptor Isamu Noguchi merge, creating the unique vibe that allows you to relax and breathe. Works on view include pieces by Pablo Picasso, Auguste Rodin, Henry Moore, Jacques Lipchitz, David Smith, site-specific commissions by Anish Capoor, Magdalena Abakanowicz, Mark Dion, James Turrell, and other masters. One of the iconic works – the brown rust of steel “Love” by Robert Indiana – is displayed against the blue sky creating a marked contrast between the earthly and heavenly, symbolizing two different aspects of love.

To do the museum justice, you should spend at least a few hours there, or better a day or even 2 days! We had less then two hours, but with the help of Michal Marmary (Israel Museum Foreign Press Officer) visited the must-sees with a strong intention to come back.

If a visitor has just a 1-2 hours to walk around the museum where would you suggest to go first?

In the Museum – The Shrine of the Book designed by Armand Bartos and Frederick Kiesler, which houses the Dead Sea Scrolls, the oldest biblical manuscripts in the world, and see the Archeological plan of the land of Israel. In the Garden must-sees are Henry Moore, Rodin, Antoine Bourdelle and James Turrell’s “Space That Sees”. This work belongs to Turrell's “Skyspace” series, begun in the late 1960s and early 1970s, which can be seen as performance pieces responding to and interacting with environmental conditions and atmospheric fluctuations over time. This is one of the works that allows people to enter into and cool down. 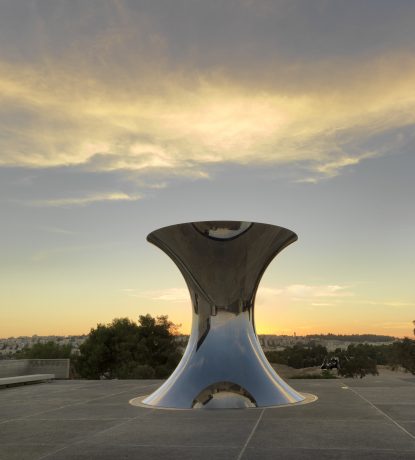 Anish Kapoor "Turning the World Upside Down".Courtesy of The Israel Museum. Photo by Elie Posner
1 of 6 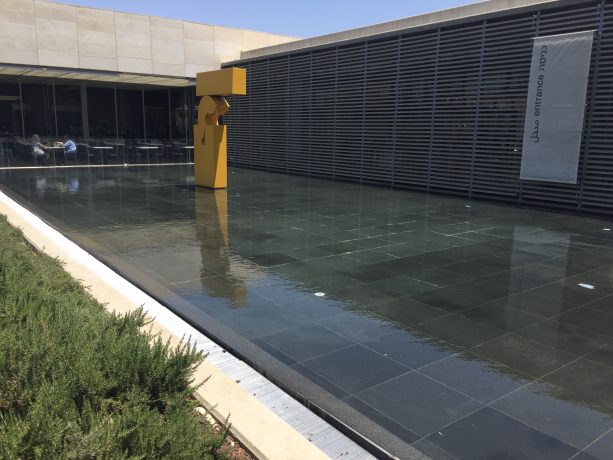 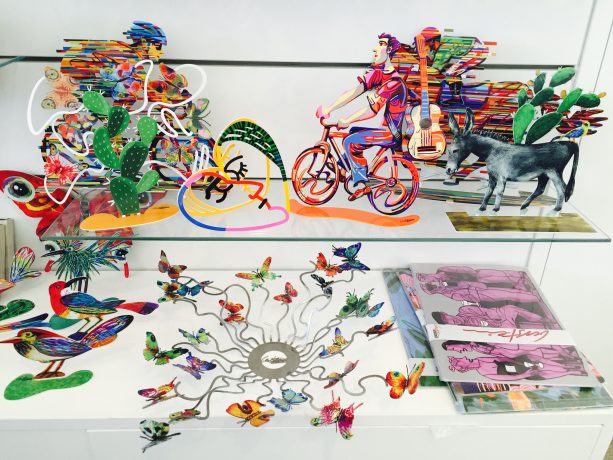 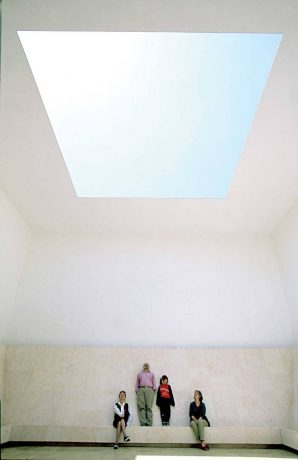 James Turrell Space that sees.Courtesy of The Israel Museum.
5 of 6 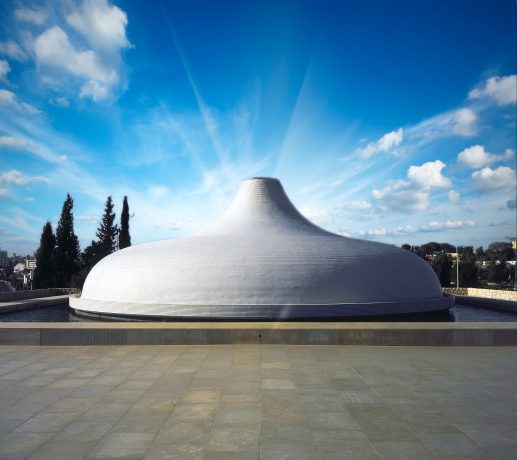 Cooling down must be very important, since temperatures in Jerusalem can climb to extreme highs, is it comfortable to walk the Art Garden during peak heat hours?

Jerusalem’s climate is perfect, it doesn’t really get extremely hot or cold there. The garden is green due to unique drip irrigation system – an Israeli invention.

The irrigation system is one of the things that inspired us (apart from art), because when you think about it – you are in a desert, but you do not notice it, since greenery is all around. This invention is arguably the world's most valued innovation in agriculture, allowing growing crops in desert and making Jerusalem hills large green spaces.

The beautiful garden was planned together with the museum, where did the name “Billy Rose” come from?

William “Billy” Rose was an American impresario, theatrical showman and lyricist. He is credited with many famous songs, notably “Me and My Shadow” (1927), “Without a Song” (1929). For decades preceding and immediately after the Second World War Billy Rose was a major force in entertainment, with shows, such as Jumbo (1935), Billy Rose's Aquacade. He donated to the development of the sculpture garden at the Israel Museum and his sculpture collection is the base of the sculpture garden, named after him.

The garden seems to be the perfect place not only for meditating, but also for various activities, what events do take place in the garden?

We have music concerts, which are a huge success. On June 24, the Jerusalem Opera Festival will take place in the museum. From July 11-14, some of the best performances in the Art Garden will include: Yehudit Ravitz; Aviv Geffen and Eviatar Banai; Berry Sakharof in a show launching his new album “Collections”; “7 Grand Pianos” with Gil Shohat, Matti Caspi, Rami Kleinstein, Marina Maximilian, Shlomo Gronich, and more. 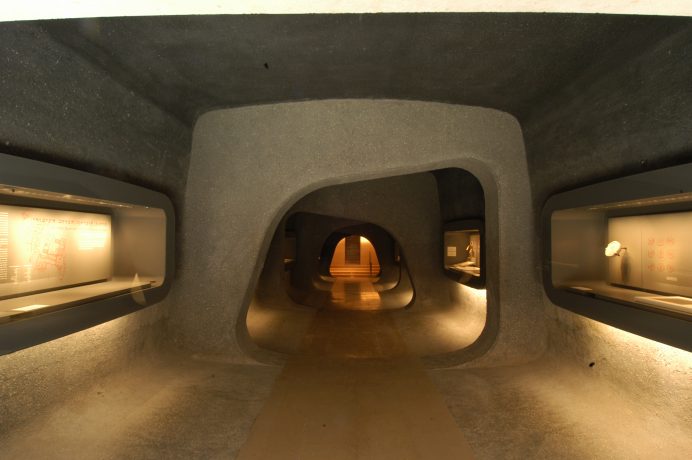 View of tunnel Courtesy of The Israel Museum
1 of 2 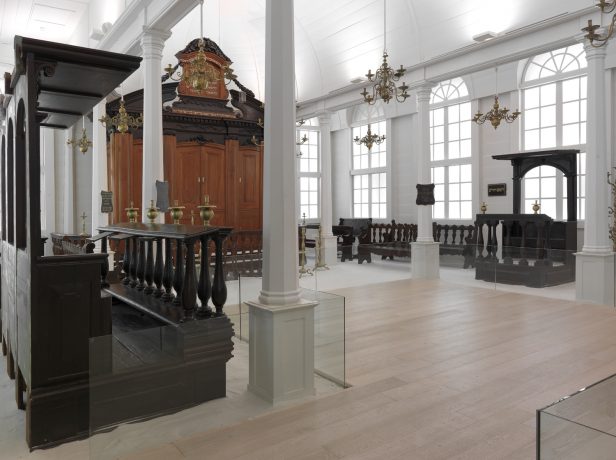 Courtesy of The Israel Museum. Photo by Elie Posner
2 of 2

For now, we can only imagine the Art Garden concerts that make music even more inspiring by the Jerusalem landscape. When you plan your visit note that the museum is opened every day, but the timing is different: Sunday, Monday, Wednesday, Thursday, Saturday 10 am – 5 pm; Tuesday 4 pm – 9 pm; Friday 10 am – 2 pm. The Museum is opened during Shabbat, so you can spend there a beautiful day, another great advantage is free big parking lot, that you will need if you plan to buy designer souvenirs, candles, books, carpets, pottery and other exclusive items in the museum shop that we will soon tell you about in TOUCH. 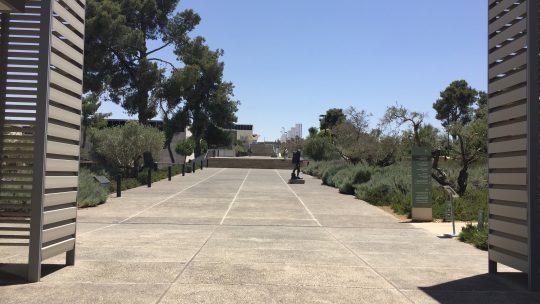 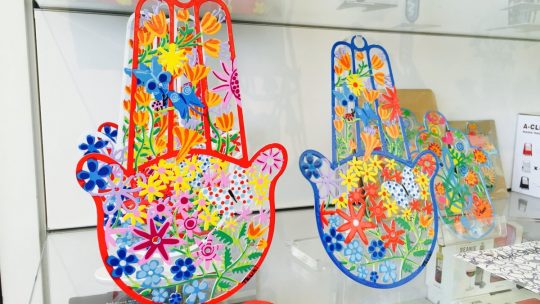 Explore this museum shop with a great sense of humour