Allegedly, Vancouver is one of the best cities in the world to live in. Can’t argue that. Apart from its breathtaking natural surroundings, it is home to one of the Western Canada’s most diverse cultural and art scenes. We already wrote about the UBC Museum of Anthropology fascinating outdoor grounds, and the educational program at the VIVO Media Arts Centre. But when it comes to the arts, Vancouver Art Gallery is a must-visit destination as it is the largest fine art gallery in Western Canada.

VAG has a long history of relocations. It occupied its first home for over 50 years. In 1983 it moved to Vancouver downtown, to a former courthouse. This is where it has been located ever since.

Vancouver Art Gallery has evolved and adapted to local social and cultural landscape by changing its main designation. It has long become a cultural landmark. It is more than an art gallery. The gallery and the area nearby are places for gatherings, protests and rallies, cultural events such as visual art and music festivals.

In 2007 it was announced that VAG is moving to a new building. Why? VAG’s collection outgrew itself. The new building will be about 10 times bigger than the current one. The new site and the building by Herzog & De Meuron are believed to effectively support the gallery’s role as one of the major Canadian art institutions.

The gallery will be relocated to the Larwill Park in Vancouver Downtown. It is just a 5 minutes walk from its current location. Believe it or not, currently the space is occupied by the parking lot. According to the press release, the fascinating part of this relocation is that the new building will be adjacent the existing co-located cultural institution – the Queen Elizabeth Theatre, Vancouver Public Library, Vancouver Public House. It is also a walking distance to Or Gallery, and Contemporary Art Gallery. We love to explore this neighbourhood and highly recommend everyone to do so when in Vancouver. 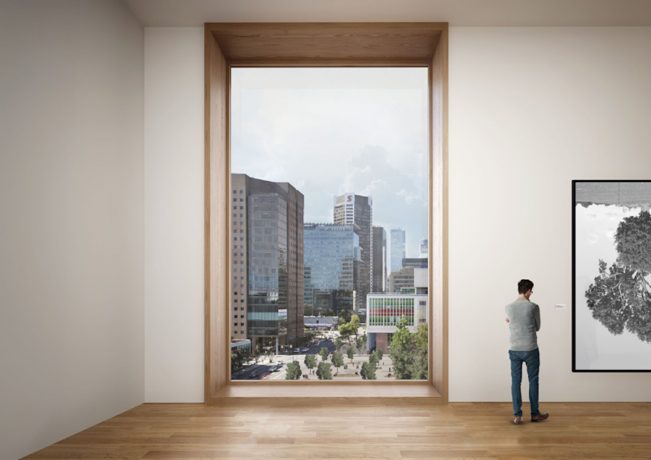 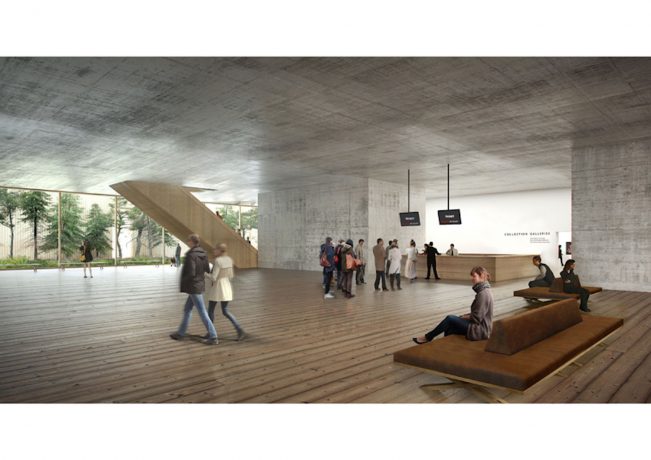 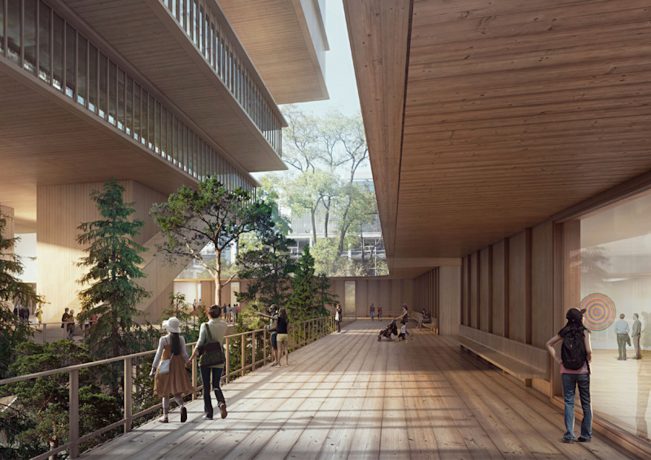 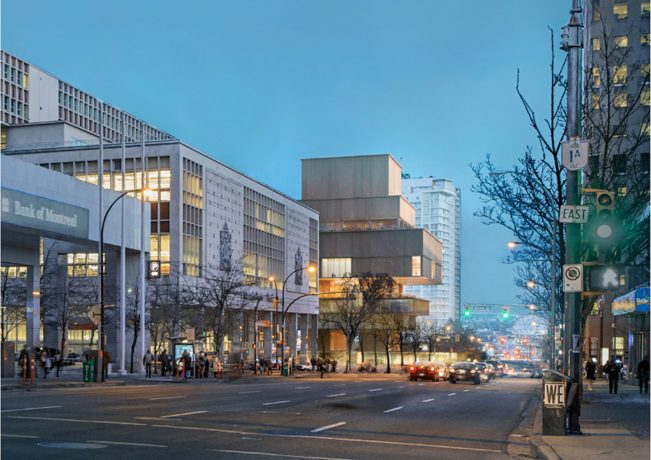 The exhibition space of the gallery will be twice as big as in the current building on Hornby Street. Apart from exhibition spaces, the gallery will house spacious courtyard, auditoriums and theatre, library and more spaces for educational and public programs. Most of you must have recognised the architects behind this conceptual designs. Highly trendy choice among art institutions is the Herzog & De Meuron studio, they are the ones responsible for the new gallery building. Among their projects – spectacular designs of Parrish Art Museum, Pérez Art Museum Miami and many more. Despite their recognisable designs, Herzog & De Meuron have an exclusive approach to each particular project.

Most of the time, it is the cultural and social contexts that pre-determine the designs. The hybridity of Vancouver’s demographics, its history and current state are manifested in the design. The building is aimed at activating the space, serving as a liaison between neighbourhoods and communities. The façade will be made of glass and wooden blocks, which allegedly is a reference to sustainability and preservation values. This technique helps creating a complex structure while organically integrating in the urban landscape.

It will take several years and millions of dollars to make this project happen. However complicated it seems the local community and the City Council believe in its tremendous success. We have already witnessed how similar projects transformed cities and communities. The goal of such campaigns is to increase the city’s visibility on international art scene while simultaneously promoting local values and cultures. 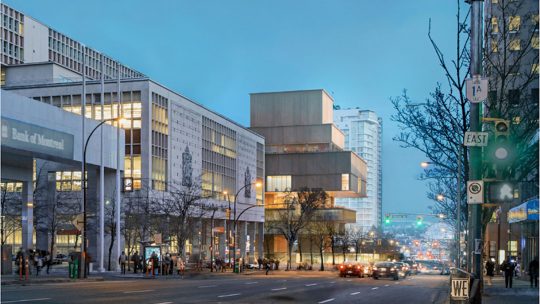